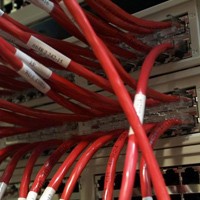 If you spend any amount of time surfing the Web, you've probably come across the term "net neutrality." But what is it, and why is it stirring up controversy in Congress, the business world and the blogosphere? Here's a quick primer.

The net neutrality debate is divided into two camps: Fighting against net neutrality are the telecom companies and cable providers, who provide Internet access to consumers. Opposing them are content providers like Google, Amazon, and non-profits like MoveOn.org and the National Religious Broadcasters. But what are they fighting about?

Net neutrality can be summed up by a familiar saying: If it's not broken, don't fix it. But how you define what's not broken determines in which camp you reside. The editors of the "National Review" explain that

After a Supreme Court ruling cleared the way, the Federal Communications Commission (FCC) decided last year to deregulate the broadband market, giving telecommunications companies the (still theoretical) freedom to charge Internet companies different rates for different levels of network service...The advocates of the proposed regulation argue for the principle of "net neutrality" -- that is, they want the telecom companies to provide broadband access that treats all Internet content the same.

For the telecoms, regulating the free market would be fixing what's not broken. For the "net neutralist," it's the opposite.

Defeating net neutrality would give telecom companies the ability to charge content-providers (like Google, eBay and Amazon) to use their bandwidth and, in essence, have access to their subscribers. Not only would the content providers have access to the telecom subscribers, by paying they would have preferred access -- higher bandwidth and better delivery of their content. At the heart of this strategy is the telecoms' claim that they need revenue to make necessary updates to Internet infrastructure. Emerging technologies and media require improvements, they say, and the money has to come from somewhere.

Those in favor of regulation worry that telecoms will abuse their control and punish companies that won't pay up. Catherine Yang of "Business Week" explains that, "The network operators could block consumers from popular sites such as Google, Amazon, or Yahoo! in favor of their own. Or they could degrade delivery of Web pages whose providers don't pay extra. Google's home page, for instance, might load at a creep, while a search engine backed by the network company would zip along."

In support of this point of view, Google issued the following statement about net neutrality:

The Internet has operated according to this neutrality principle since its earliest days. Indeed, it is this neutrality that has allowed many companies, including Google, to launch, grow, and innovate...Just as telephone companies are not permitted to tell consumers who they can call or what they can say, broadband carriers should not be allowed to use their market power to control activity online. Today, the neutrality of the Internet is at stake as the broadband carriers want Congress's permission to determine what content gets to you first and fastest.

Two main voices have emerged, each supporting one side of the issue. Confusingly, both organizations' mission is to "save the Internet." HandsOff.org, or "Hands off the Internet," is in favor of the telecoms. In favor of Net Neutrality is SavetheInternet.com. Consider each of their positions in their own words (for a more exhaustive representation of their purposes and goals, visit their Web sites).

HandsOff.org Hands Off The Internet believes that a secure, safe and robust Internet is a necessity for the consumer, the professional, the student, and the average American searching for a quick answer to life's many questions. Hands Off The Internet seeks to protect and encourage the future of the most innovative and most important tool of today that we use for our everyday living. Hands Off The Internet believes that this array of consumer friendly choices could never have developed with the freedom and the speed we see today if the federal government had taken a heavy-handed regulatory approach to the Internet. Such overregulation would have created uncertainty and confusion in the marketplace, stifling innovation. SavetheInternet.com When we log onto the Internet, we take lots of things for granted. We assume that we'll be able to access whatever Web site we want, whenever we want to go there. We assume that we can use any feature we like -- watching online video, listening to podcasts, searching, emailing, and instant messaging -- anytime we choose. We assume that we can attach devices like wireless routers, game controllers, or extra hard drives to make our online experience better. What makes all these assumptions possible is "Network Neutrality," the guiding principle that ensures the Internet remains free and unrestricted. Net Neutrality prevents the companies that control the wires bringing you the Internet from discriminating against content based on its ownership or source.

Both Web sites provide a wealth of information and resources (not to mention rhetoric) and an online form to contact your representatives in Congress.

That could result in an Internet of haves, who can afford to pay the network operators more to ensure smooth service, and have-nots. Trouble is, those have-nots may include the Next Big Thing -- whether it be mom-and-pop podcasting or video blogging. The fewer innovative services on the Net, the less reason Web users have to want broadband. Both the network operators and the Internet could lose out in the end.

An overly prescriptive set of net-neutrality rules could prove counterproductive. For a start, it would mean that all new network construction costs would have to be recouped from consumers alone, which could drive up prices or discourage investment.

While the two positions might appear to be incompatible, there is in fact a sensible path that should suit everyone. A minimal set of rules to protect net neutrality would still leave room for operators to experiment with new premium services...Blocking or interfering with existing traffic on the internet is unacceptable; but if operators want to build fast lanes alongside it, they should be allowed to.

Even if we found insufficient competition in the broadband market, there is no good reason to pass a special set of federal regulations just for that market. The United States has a whole host of antitrust laws for regulating competition and monopolistic access...Net-neutrality advocates argue that special rules are necessary. They say that the Internet is so unique -- and broadband so essential to its future development -- that Congress must stop the telecoms from tinkering with broadband delivery. But the Internet wouldn?t be what it is today if Congress had imposed stasis on it by regulatory fiat. It should let innovation and growth continue.

The simple truth that you can't have a free market without government regulation should be so obvious that it hurts, but after a few decades of some industries pushing a "regulation vs. free markets" dichotomy people need to be reminded that the sky is, in fact, blue. Because markets rest on the rule of law, the relationship between markets and regulation is not a binary opposition but a continuum. Anarchy at one extreme and overregulation at the other are both antithetical to free markets. You have to have rules to play by, because the rules guarantee that the game is fair.

Could an Attack on Undersea Cables Take Down the Internet?
Annoying Verification On Its Way Out as CAPTCHA Goes Invisible
How Mahalo Works