The Future of Paywalls 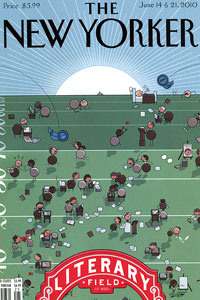 A number of premium publications have had no problems with paywalls.
karen horten/Flickr Creative Commons

Although online subscriptions and paywalls are sometimes portrayed like Internet pariahs, there are actually a number of publications that have enforced them on their Web sites and haven't necessarily suffered readership and advertising blows. For instance, if you want to browse the online versions of the following magazines and papers, you'll need to pay:

Many of the media companies have been cagey about reporting the exact number of online subscribers and revenue they've reaped after erecting paywalls. Surprisingly, a couple of standout success stories haven't been among the big media players. Between 2000 and 2010, the Arkansas Democrat Gazette saw an uptick in Web traffic after implementing a paywall system [source: Spivak]. Then, there's the case of the monetized obituaries. When Pennsylvania's Intelligencer Journal-Lancaster New Era started charging for online access to the newspaper's death announcements, page views bumped up 3.7 percent, and unique visitors inflated by 6.8 percent [source: Spivak].

When debating the future of paid content online, the obituary case study might serve as type of blueprint. It's an example of niche information that serves a specific population. One couldn't, say, click over to The Philadelphia Inquirer to hunt down the same obituaries for free. Similarly, you'd be hard pressed to find verbatim copies of Harper's articles scattered around the Web on open access sites. Forrester analyst Nick Thomas refers to this need for niche as media companies finding their "popcorn" [source: Smith]. If you think of the Internet like a movie theater, it isn't enough to just screen the newest films. Similar to how independent gas stations make their profits not from gasoline but convenience stores sales, movie theaters reap revenue from popcorn and snacks. Therefore, it isn't just enough to produce articles and other content online. That's the type of stuff that Stewart Brand predicted would "want" to be free. What will woo a Web audience to honor paywalls are quality content, innovative apps and experiences that they can't browse, download or stream anywhere else.

Whether The New York Times will achieve this lofty goal remains to be seen, but clearly certain people will pay for certain types of content. However, to simply toss up a paywall without first carefully considering what's behind those JavaScript and HTML gates is asking for the Internet to abandon the entire castle.