Transistors on the Nanoscale 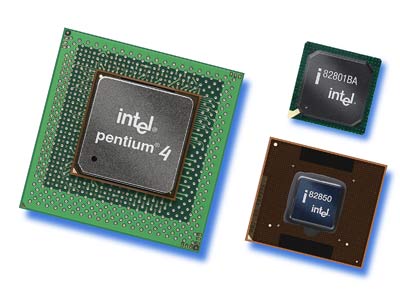 It seems like every year a journalist publishes an article that says transistors are as small as they'll ever get and Moore's Law is finished. Then engineers find innovative ways to create even smaller transistors and prove the journalist wrong. We've reached a point where many writers are gunshy when it comes to predicting the end of Moore's Law.

But it's true that one day we'll hit the physical limits of how small traditional transistors can be. That's because once you hit the nanoscale, you're dealing with the bizarre world of quantum mechanics. In this world, matter and energy behave in ways that seem counterintuitive. Quantum physics is very different from classic physics -- you can't even observe something on the quantum scale without affecting its behavior.

One quantum effect is electron tunneling. Electron tunneling is a bit like teleportation. When material is very thin -- the thickness of a single nanometer (about 10 atoms thick) -- electrons can tunnel right through it as if it weren't there at all. The electron doesn't actually make a hole through the material. Instead, the electron disappears from one side of the barrier and reappears on the other. Since gates are meant to control the flow of electrons, this is a problem. If electrons can pass through a gate under any set of circumstances, there's no way to control their flow. With leaky transistors, the flow of electrons can't be controlled, so the processor would be ineffective or not functional at all.

With companies like Intel working on transistors that measure only 32 nanometers in width, it won't be long before the oxide layer becomes too thin to act as a gate for electrons ­using traditional transistors. While engineers have hit some obstacles during the race to shrink transistors in the past, they've always found some way to work around the problem and keep up with Moore's Law. But those days could end once we face a fundamental law of physics.

It's possible that engineers will discover a way to create an effective insulator even at a thickness of one nanometer. But even if they manage to do that, there's not much further they can go with transistors as we know them today. After all, beyond the nanoscale is the atomic scale, where you're dealing with materials that are only a few atoms in size.

This doesn't mean that transistors will go away. But it might mean that the advancements in microprocessor development will slow down and level off. Improvements in processing power may not continue to be exponential. But companies will likely find ways to improve microprocessor efficiency and performance, nonetheless.

There's also the possibility that microprocessor manufacturers will find an alternative to transistors. And some are already looking into ways to harness the quantum effects of the nanoscale -- effectively turning nano-lemons into nano-lemonade.

It seems like microprocessor manufacturers will only be able to keep Moore's Law going for a few more years. But if you look back at the predictions from decades ago, you'll see journalists making that same claim. Maybe engineers see these predictions as a personal challenge to find ways around seemingly insurmountable obstacles.

To learn more about microprocessors, transistors and the weird world of quantum physics, take a look at the links below.

Intel's smallest microprocessor is the Atom, which measures 26 square millimeters and has 47 million transistors. Intel designed the Atom to work in mobile devices like smartphones [source: Intel].