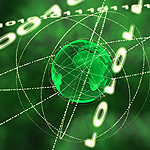 The massive amount of processing power generated by computer manufacturers has not yet been able to quench our thirst for speed and computing capacity. In 1947, American computer engineer Howard Aiken said that just six electronic digital computers would satisfy the computing needs of the United States. Others have made similar errant predictions about the amount of computing power that would support our growing technological needs. Of course, Aiken didn't count on the large amounts of data generated by scientific research, the proliferation of personal computers or the emergence of the Internet, which have only fueled our need for more, more and more computing power.

Will we ever have the amount of computing power we need or want? If, as Moore's Law states, the number of transistors on a microprocessor continues to double every 18 months, the year 2020 or 2030 will find the circuits on a microprocessor measured on an atomic scale. And the logical next step will be to create quantum computers, which will harness the power of atoms and molecules to perform memory and processing tasks. Quantum computers have the potential to perform certain calculations significantly faster than any silicon-based computer.

You don't have to go back too far to find the origins of quantum computing. While computers have been around for the majority of the 20th century, quantum computing was first theorized less than 30 years ago, by a physicist at the Argonne National Laboratory. Paul Benioff is credited with first applying quantum theory to computers in 1981. Benioff theorized about creating a quantum Turing machine. Most digital computers, like the one you are using to read this article, are based on the Turing Theory. Learn what this is in the next section. 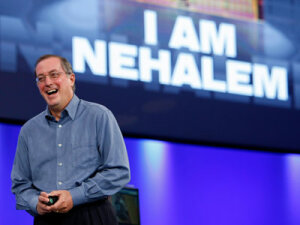