What are they good for? 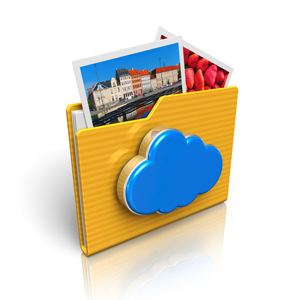 First, we'll go through what we're talking about when we refer to virtual hard drives. And one important point: The terms "virtual drives," "virtual disks" and "virtual machines" can sometimes be thrown around interchangeably.

Sometimes, a "virtual hard drive" (and all its vocabulary variations) has less to do with a storage server and way more to do with an operating system. Say you had a Mac and needed to run a Windows application (not a far-out option if you had a Mac at home and Windows at work, for instance). By downloading virtual drive software (or using a native program, if your operating system offers it), you basically trick the computer into thinking there's a whole other drive on it. From that drive, you can work with different operating systems. That's not all -- these kinds of virtual drives will also let you encrypt files for extra security and might even allow you to create a file of a CD or DVD so you don't have to physically have the disk in your computer. They can do so much, in fact, that we can't cover all the uses here. Instead, let's just plow ahead to our virtual drive-as cloud storage.

As we saw from the evolution of the hard drive (and external hard drive), we can pretty confidently predict that digital storage space -- and the high demand for it -- is going to keep growing. Think about this: The average storage for a floppy disk was about 1.44 MB. SkyDrive, a virtual hard drive offered by Microsoft, gives away 7GB of storage free and clear. This means you'd have to have roughly 10,000 floppy disks on you to access all your data at any given time.

Creating a robust, intelligent virtual hard drive has become big business. Because after you use up your 7GB, Microsoft (and any other cloud storage server) is going to politely ask you to fork over some money to buy more space as you go. See why Microsoft, Google Drive, Apple iCloud and Amazon Cloud Drive might want to get your business early?

Even though those companies are huge and powerful, they're not necessarily leading the virtual hard drive race. Turns out a little start-up called Dropbox showed up to fight. While it's not winning the race yet, we can say that the service -- at 50 million users -- might've gotten a better place at the starting line, as it has a super easy user interface for sharing, syncing and uploading files.

But are there any dangers in using virtual hard drives?