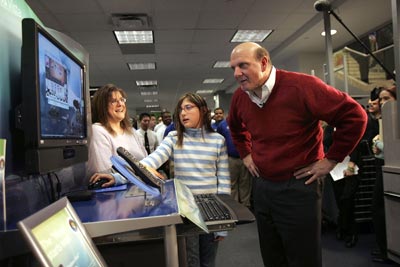 When you turn on your computer, it's nice to think that you're in control. There's the trusty computer mouse, which you can move anywhere on the screen, summoning up your music library or Internet browser at the slightest whim. Although it's easy to feel like a director in front of your desktop or laptop, there's a lot going on inside, and the real man behind the curtain handling the necessary tasks is the operating system.

­­­More recently, operating systems have started to pop up in smaller computers as well. If you like to tinker with electronic devices, you're probably pleased that operating systems can now be found on many of the devices we use every day, from cell phones to wireless access points. The computers used in these little devices have gotten so powerful that they can now actually run an operating system and applications. The computer in a typical modern cell phone is now more powerful than a desktop computer from 20 years ago, so this progression makes sense and is a natural development.