Browse the article How to Fix the Black Screen of Death 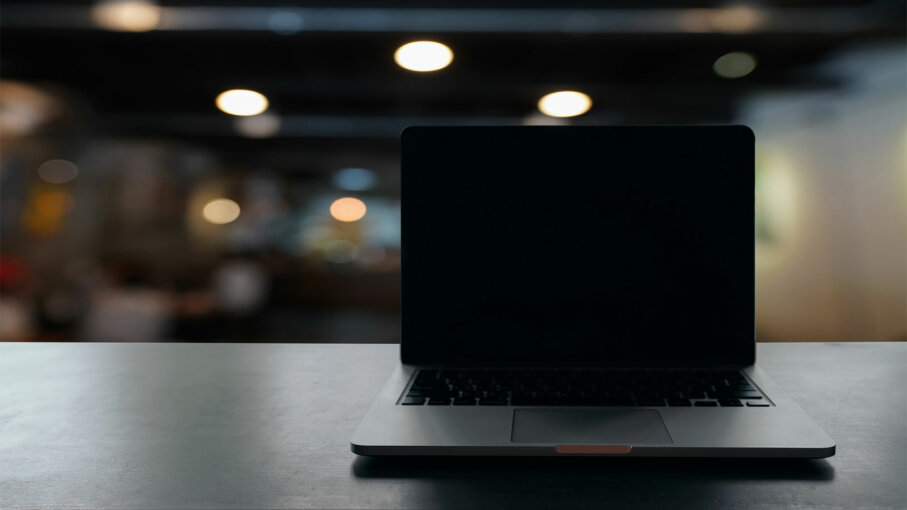 What do you do when your computer screen goes black? sutthinon sanyakup/Getty Images

We expect the technology in our lives to work every time we turn the devices on. It's frustrating when they don't, especially when we have no clue how to solve the problem. The so-called "black screen of death" is common across operating systems — you turn the machine on, but the screen's blank. Sometimes the monitor lights up, other times it remains dark. Thankfully it's pretty rare — though it's happened often enough that people have given it an easy-to-remember name. So, what do you do when it happens to you?

A screen that doesn't turn on may be a sign of a malfunctioning screen or a bad connection between the computer and the monitor. For desktop computers, trying another monitor or cable is a simple way to see if one or the other is at fault. Of course, if you're having this trouble with your laptop or all-in-one system, or if a bad video card is the problem, some disassembly may be required.

Windows users could be confronting a corrupted system file. In that case you might see a blinking prompt, but nothing else on the screen. Another cause might be a problem with a display adapter. Basically, if the computer can't detect a monitor of some kind, the screen will remain black. In cases like these, when you can't even get the computer to launch, you may need to restart your computer and boot into recovery mode. To do this, you'll need to press F8 repeatedly as your computer boots up. An alternative is to use an external drive, such as a DVD or flash drive.

If you've been able to log in, the black screen could be something as simple as an app that froze during startup. In this case, you may be able to quit the offending app via Task Manager. One possibility is finding LockAppHost.exe on the Details tab and ending the task.

The Mac Black Screen of Death

Mac users may find that a kernel panic is at the root of their black screen. A kernel panic occurs when the kernel of the operating system discovers something that requires you to restart your computer. Getting the black screen of death on a Mac is sometimes accompanied by a message to restart your computer. Unfortunately, the alert gives you no idea whether the problem is related to hardware or software.

If the problem keeps occurring, try to keep track of what's happening when the error takes place. If you can identify a particular program that causes trouble, that may help you solve the problem. As with Windows, restarting from a Mac's recovery partition may be useful in the troubleshooting process. If you have the problem after booting from the recovery partition or an external boot disk, that suggests the concern is with your computer's hardware. If you suspect a hardware issue, check your computer's random-access memory, or RAM. If it's faulty or has come loose from its connection, this may cause a Mac to suffer a kernel panic.

Linux users encountering the black screen of death are likely to be running into the same kinds of problems as their closed-source-using colleagues. Broken video cards and kernel panics affect them, too. If it happens to you, you may try booting your computer without its graphical boot screen once, or even disable it entirely. There may be additional ways of tinkering with your boot sequence that other, closed operating systems don't provide.

Mobile operating systems have their own versions of the black screen of death. Apple's iOS users might need to force-reset their devices, though the method differs depending on the model. For owners of the iPhone 8 or newer models, press and let go of the volume-up and do the same to the volume-down button, then press and hold the side button until you see the Apple logo. For those with the seventh-generation iPod or iPhone 7, hold the top or side button and the volume-down button until you see the logo.

iPad models equipped with Face ID should press and release volume-up, then volume-down, and then hold down the top button. For those with iPads with a home button, iPhone 6s or older devices, or iPod touch sixth generation or older, hold down the side or top button and the home button together until you see Apple's logo, which should take at least 10 seconds to appear.

Android device users should start by holding down the power button on your device for five to seven seconds, which should restart it. If the device hasn't been charged, there might be a problem with its power cord, adapter, or even the electrical outlet. If the device has power, you may have a problem with the screen. It may seem strange that you can receive calls on an Android device with a black screen. If this happens to you, hold down the power button for 30 seconds, then let it go. Don't touch the power button again for two minutes, after which call it or use Find My Device to see if it will ring. Before you take it to the repair shop, consider resetting your device to its factory settings to determine if the screen is truly broken or if there's an error in the operating system.

Regardless of the device and the reasons behind the black screen of death on your system, if it's a recurring problem, it's a good idea to have a professional take a look at it to make sure there isn't an issue that may spell the loss of your data and perhaps even your device.

Now That's Cool
If you have a black screen, before you move on to any of the suggestions listed, check the most obvious first: Is the battery on your device charged or dead? If it's dead, that's the cause of your black screen. To solve, plug it in!