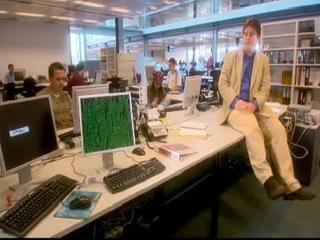 In the Spring of 2000, the three words "I love you" were heard by a lot more Windows users than Mac users. Were Mac users less lucky in love? Not necessarily, but a major virus attack occurred on May 5 of that year -- a virus spread using e-mail, with the alluring subject line, "I love you." Yet another PC-based virus.

While Windows users suffered the attack, Mac users watched on the sidelines, probably laughing to themselves and to anyone else who'd listen, thinking they were safe from infection. But are Macs really immune to digital attack, or are other factors at play?

Since launching its first Mac in January 1984, Apple has built a loyal following around simplicity of design and ease of use. Talk to most people who use a Mac, and they'll swear they're impervious to the attacks Windows users are used to. It just wouldn't happen to them. It couldn't. Could it?

Biological viruses are those unwholesome, parasitic creatures that make us miserable when we catch the flu or a cold. Computer viruses are just a digital version. Surely an operating system like the Mac's could never get a virus, right? I mean, look at the design of the screen. And that beautiful case. So clean. So simple. So pure. So … unviruslike.

And it's completely true that Macs aren't affected by PC viruses. Unfortunately that clean, stylish design does not protect Macs from Mac viruses. That smooth facade offers no more protection to a computer being attacked by a Mac virus than a pretty paint job does to protect a car in a head-on collision. So why don't Macs get infected more often? There must be something else going on.

To get to the bottom of this, let's first take a look at what exactly a virus is, how they work, and how their lifecycles could take advantage of your Mac.

What is a Virus?

In the 1980s, authors of the first computer virus, Brain, designed it to destroy only illegal copies of their software. Unfortunately, Brain took on a life of its own and actually started to reproduce itself. Things moved more slowly then, though -- you had to install a new diskette into the computer to get it to reproduce [source: Goodwins].

It didn't take long for more malicious hackers (often called crackers) to see the potential in viruses. Using the Internet to spread, a well-crafted virus can infect millions of computers amazingly quickly and do a lot of damage. The I Love You virus mentioned earlier infected more than 50 million computers and billions of dollars were spent fixing the problems it caused. And that was just one virus.

A virus does this kind of damage basically by inserting itself into the actual code of a program. Whenever the infected program is run, the virus reproduces and tries to infect other computers. To do this, it needs permission from the operating system as well as plenty of other computers running the same software. Under the right circumstances, a virus can infect any computer.

So if viruses are so clever and can infect anything, why haven't they infected more Macs?

When is a Virus not a Virus?

Malware, or malicious code, comes in many flavors. Here are a few examples with their defining characteristics. Viruses, like their biological cousin, self-replicate but rely on other programs to survive. Worms work their way through a network without human intervention. Unlike a virus, a worm does its dirty work all by itself. Trojan horses can be any type of malware, but need you to download or click on them. Spyware quietly watches what you type to learn your passwords and habits, usually as a precursor to more damaging identity-theft attacks. Adware launches annoying pop-up ads even when you're offline. Ransomware locks up your files, offering to give you the key if you pay up to the malware's author. Rogueware is bogus software that scammers try to sell to careless consumers. 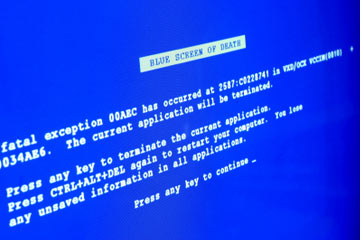 Ways to Protect Your Mac

Even though Macs aren't as secure as you may have thought, there are plenty of ways you can protect your computer. In this battle, your first line of defense is yourself. Most security lapses can be prevented if you're conscientious about your surfing and what files you allow onto your computer.

For example, most malwares arrive in the form of Trojan horses, which come attached to e-mails or files you download from the Internet. This is a reference to the Greek epic "The Aenid," where the Greeks gave the Trojans a large wooden horse as a gift to honor the supposed Trojan victory over the Greeks. Greek soldiers poured out of the horse during the night to let the Greek army into Troy, taking the city by storm. Similarly, Trojan horse malwares are contained within seemingly benign files, like a note from a long-lost friend (who is fake) or a picture of a celebrity. Note that Trojan horse malwares are things you let in through negligence or poor judgment. In other words, be careful about what you click on in an e-mail, or what files you open if you're not sure about the source.

Look out for risky sites on the Web, too. Ever look at the status bar at the bottom of your browser? It'll usually show you the URL of the Web site you'll go to if you follow the link you're hovering over. If the link domain ends in .cc or .co, be careful. Viruses and other malware often originate from these domains [source: Keizer]. Regardless of the domain, use your common sense and take a look at a Web site's URL before clicking on any search results. Redirects based on popular search terms are a common trick too.

But don't worry, you're not alone in your fight against the bad guys. Legitimate Mac security software is out there. Intego, Kaspersky and Agile all offer highly rated security solutions you can buy to help you keep your Mac as clean and pure inside as it looks outside. Intego's VirusBarrier 6 offers basic protection for about $50, while Kaspersky's introductory software will run you about $60. Both offer comprehensive anti-malware protection, while Intego's version also includes a firewall. Agile is one of the highest rated password management tools available for $40.

If these are too pricey, Sophos and ClamXav are available for free. If you're new to anti-virus software (and most Mac users are) you might want to try a free option to learn more about what's available to you.