CAPTCHAs and the Turing Test 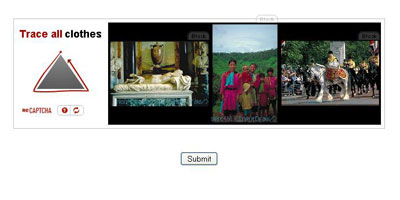 Not all CAPTCHAs require you to type in text. This version asks users to use a mouse to trace certain shapes found in photographs.
©2008 HowStuffWorks

CAPTCHA technology has its foundation in an experiment called the Turing Test. Alan Turing, sometimes called the father of modern computing, proposed the test as a way to examine whether or not machines can think -- or appear to think -- like humans. The classic test is a game of imitation. In this game, an interrogator asks two participants a series of questions. One of the participants is a machine and the other is a human. The interrogator can't see or hear the participants and has no way of knowing which is which. If the interrogator is unable to figure out which participant is a machine based on the responses, the machine passes the Turing Test.

Of course, with a CAPTCHA, the goal is to create a test that humans can pass easily but machines can't. It's also important that the CAPTCHA application is able to present different CAPTCHAs to different users. If a visual CAPTCHA presented a static image that was the same for every user, it wouldn't take long before a spammer spotted the form, deciphered the letters, and programmed an application to type in the correct answer automatically.

Most, but not all, CAPTCHAs rely on a visual test. Computers lack the sophistication that human beings have when it comes to processing visual data. We can look at an image and pick out patterns more easily than a computer. The human mind sometimes perceives patterns even when none exist, a quirk we call pareidolia. Ever see a shape in the clouds or a face on the moon? That's your brain trying to associate random information into patterns and shapes.

But not all CAPTCHAs rely on visual patterns. In fact, it's important to have an alternative to a visual CAPTCHA. Otherwise, the Web site administrator runs the risk of disenfranchising any Web user who has a visual impairment. One alternative to a visual test is an audible one. An audio CAPTCHA usually presents the user with a series of spoken letters or numbers. It's not unusual for the program to distort the speaker's voice, and it's also common for the program to include background noise in the recording. This helps thwart voice recognition programs.

Another option is to create a CAPTCHA that asks the reader to interpret a short passage of text. A contextual CAPTCHA quizzes the reader and tests comprehension skills. While computer programs can pick out key words in text passages, they aren't very good at understanding what those words actually mean.

In the next section, we'll take a closer look at the kinds of sites that use CAPTCHA to verify whether or not you have a pulse.

Now and then, a CAPTCHA presents an image or sound that's so distorted, even humans can't decipher it. That's why many CAPTCHA applications provide users with an option to generate a new CAPTCHA and try again. Hopefully the second time around won't be as confusing as the first. 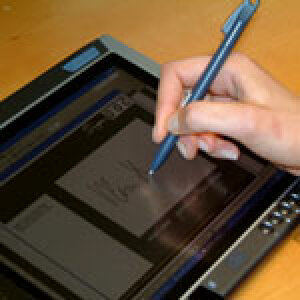