The Yamaha CDR-D651, a dual-tray stereo-component burner: With this burner, you take music tracks directly off of another CD, instead of from your hard drive. Burners like this are usually fast and accurate, but typically can only be used to create music CDs.
Photo courtesy Yamaha Electronics Corporation

In the previous sections, we looked at the basic idea of CD and CD-burner technology. Using precise lasers or metal molds, you can mark a pattern of more-reflective areas and less-reflective areas that represent a sequence of 1s and 0s. The system is so basic that you can encode just about any sort of digital information. There is no inherent limitation on what kind of mark pattern you put down on the disc.

But in order to make the information accessible to another CD drive (or player), it has to be encoded in an understandable form. The established form for music CDs, called ISO 9660, was the foundation for later CD formats. This format was specifically designed to minimize the effect of data errors.

This is accomplished by carefully arranging the recorded data and mixing it with a lot of extra digital information. On the next page, you'll learn about the extra information encoded on a burned CD. 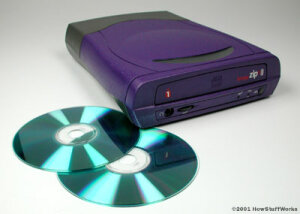