For the average Joe, information technology (IT) is a mysterious universe filled with indecipherable programming languages and expensive hardware. Eavesdropping on IT technicians is almost like overhearing a conversation spoken in a foreign language. But despite this seemingly impenetrable language barrier, it can be critically important for decision-makers in businesses and organizations to understand the world of IT. One of the most important IT concepts is data integration.

What are the basics of data integration? Find out in the next section. 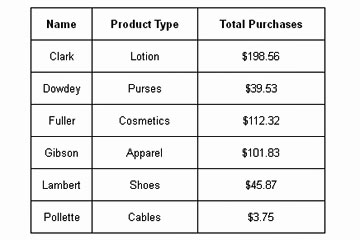 Data integration focuses mainly on databases. A database is an organized collection of data. It's similar to a file system, which is an organizational structure for files so they're easy to find, access and manipulate.

There are different ways to categorize databases. Some people prefer to classify them according to the kind of data the databases store. For example, you might classify a database as a media database if all the information stored there is contained in video or sound files.

Another classification method looks at how the databases organize data. A database's organizational arrangement is called a schema. A common organizational technique is to use tables to show the relationship between different data points. Tables are like spreadsheets. Columns define categories of data, while rows are records. A database using this approach is a relational database.

Object-oriented programming (OOP) databases take a different approach to organizing data. The OOP language is a departure from traditional approaches to programming, which follow the pattern of inserting data into a set of instructions and then producing output. The OOP language focuses instead on defining data as objects and then determining how different objects relate and interact with one another.

To create an OOP database, first you'd define all the objects you plan on storing in the database. Then, you'd define the way each object relates to every other object within the database. After you identify an object, you put it into a class, or set of objects. To define a class you have to determine what data each object within that class must have and which logic sequences, called methods, will affect those objects. The objects within a system can communicate with you or other objects using interfaces called messages.

It's easier to understand with an example. Let's say you're building a database containing information about American sports. You decide to start by defining baseball teams. Once you've created the definition of a baseball team, you can generalize it as a class within the database. The Atlanta Braves would be a specific instance of that class, also known as an object. The class of baseball teams belongs to a superclass of American sports teams, which would also include other classes like football and soccer teams.

To access information within a database (no matter how it organizes data), you use a query. A query is just a request for information. People and applications can submit queries to databases. A database responds to queries by sending data that meets the original request's parameters. Queries rely on special computer languages such as Structured Query Language (SQL). If you've ever used an Internet search engine, you've submitted a query -- your search terms.

This view shows only the data relevant to the query "customers who purchased more than $100 in products."
HowStuffWorks.com

The database responds to queries by creating a view of data. A view is a specific way of displaying data. In a data integration system, the returned view shows only the data directly related to the original query. In our table example, if you submitted a query asking for all the customers who bought more than $100 worth of products, you'd get this result:­

What are the different approaches to data integration? Find out in the next section.

Based on the previous section, you might think that databases are fairly complex. That's a fair assumption, and it helps explain why data integration is still a developing discipline even though it's more than 30 years old. The goal of data integration is to gather data from different sources, combine it and present it in such a way that it appears to be a unified whole.

Let's say you're about to leave on a trip and you want to see what traffic is like before you decide which route to take out of town. Here's how the different approaches to data integration would handle your query.

The manual integration approach would leave all the work to you. First, you'd have to know where to look for your data. You would need to know the physical location for both the traffic report and the map for your town. You would need to retrieve the traffic report and the map data directly from their respective databases, then compare the two sets of data against each other to figure out what's the best route out of town.

If you used a common user interface approach, you'd have to do a little less work. You'd use an interface such as the World Wide Web to make a query. The query results would appear as a view on the interface. You'd still have to compare the traffic report to the map to determine the best route, but at least the interface would take care of locating and retrieving the data.

Most data integration system designers assume that the end goal is to create as little work for the end user as possible, so they tend to focus on applications and data warehousing techniques.

What is it that data warehouses do, exactly? Find out in the next section.

This Was a Triumph

Portal pages like iGoogle or My Yahoo are examples of common user interfaces. Portals pull information from multiple sources, but don't integrate the data into a unified view.

As we saw earlier, a data warehouse is a database that stores information from other databases using a common format. That's about as specific as you can get when describing data warehouses. There's no unified definition that dictates what data warehouses are or how designers should build them. As a result, there are several different ways to create data warehouses, and one data warehouse might look and behave very differently from another.

In general, queries to a data warehouse take very little time to resolve. That's because the data warehouse has already done the major work of extracting, converting and combining data. The user's side of a data warehouse is called the front end, so from a front-end standpoint, data warehousing is an efficient way to get integrated data.

From the back-end perspective, it's a different story. Database managers must put a lot of thought into a data warehouse system to make it effective and efficient. Converting the data gathered from different sources into a common format can be particularly difficult. The system requires a consistent approach to describing and encoding the data.

The warehouse must have a database large enough to store data gathered from multiple sources. Some data warehouses include an additional step called a data mart. The data warehouse takes over the duties of aggregating data, while the data mart responds to user queries by retrieving and combining the appropriate data from the warehouse.

Going back to our example from before with the traffic report and map, you can see how this would be a problem. While the town's map might not require frequent updates, traffic conditions can change dramatically in a relatively short amount of time. A data warehouse might not extract data very frequently, which means time-sensitive information may not be reliable. For those sort of applications, it's better to take a different data integration approach.

What's the alternative to data warehousing? Find out in the next section.

Meta? I hardly knew her!

Descriptions of data are called metadata. Metadata is useful for naming and defining data as well as describing the relationship of one set of data to other sets. Data integration systems use metadata to locate the information relevant to queries.

For data integration systems that rely on information that changes frequently, a data warehouse approach isn't ideal. One way that IT experts try to address this issue is to design systems that pull data directly from individual data sources. Since there's no centralized database dedicated to analyzing, categorizing and integrating the data in preparation for user queries, those responsibilities fall to other parts of the system.

There are two main approaches to resolving queries in a data integrated system: global-as-view and local-as-view. Each approach focuses on a particular part of the overall system and has its advantages and disadvantages.

In a global-as-view approach, the focus is on the global schema. As long as the data sources remain consistent, the global-as-view approach works well. It's easy to change the set-up of the global schema. That means it's not difficult to analyze the same overall set of data in different ways. However, adding or removing data sources to the system is problematic, because it affects data across the system as a whole.

So that's the story on data integration. The next time you look at a weather map or call up a filtered selection of data, you'll be aware of the complex series of processes going on in the background making it all possible.

To learn more about data integration, migrate on over to the links on the following page.

They're difficult to create and maintain, mainly due to the complex nature of databases.

How safe is the cloud?
How Augmented Reality Works
What Version of Windows Do I Have?