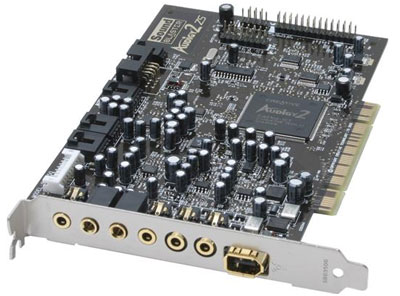 ­Before the invention of the sound card, a PC could make one sound - a beep. Although the computer could change the beep's frequency and duration, it couldn't change the volume or create other sounds.

At first, the beep acted primarily as a signal or a warning. Later, developers created music for the earliest PC games using beeps of different pitches and lengths. This music was not particularly realistic -- you can hear samples from some of these soundtracks at Crossfire Designs.

Fortunately, computers' sound capabilities increased greatly in the 1980s, when several manufacturers introduced add-on cards dedicated to controlling sound. Now, a computer with a sound card can do far more than just beep. It can produce 3-D audio for games or surround sound playback for DVDs. It can also capture and record sound from external sources.

­ In this article, you'll learn how a sound card allows a computer to create and record real, high-quality sound.

A sound card must translate between sound waves and bits and bytes.

Sounds and computer data are fundamentally different. Sounds are analog - they are made of waves that travel through matter. People hear sounds when these waves physically vibrate their eardrums. Computers, however, communicate digitally, using electrical impulses that represent 0s and 1s. Like a graphics card, a sound card translates between a computer's digital information and the outside world's analog information.

Sound is made of waves that travel through a medium, such as air or water.

The most basic sound card is a printed circuit board that uses four components to translate analog and digital information:

Instead of separate ADCs and DACs, some sound cards use a coder/decoder chip, also called a CODEC, which performs both functions.

In the next section, we'll explore the analog-to-digital and digital-to-analog conversions that take place on the sound card.

One of the newest advances in sound card technology is , or Xtreme Fidelity, from SoundBlaster manufacturer Creative. features:

Imagine using your computer to record yourself talking. First, you speak into a microphone that you have plugged into your sound card. The ADC translates the analog waves of your voice into digital data that the computer can understand. To do this, it samples, or digitizes, the sound by taking precise measurements of the wave at frequent intervals.

The number of measurements per second, called the sampling rate, is measured in kHz. The faster a card's sampling rate, the more accurate its reconstructed wave is.

If you were to play your recording back through the speakers, the DAC would perform the same basic steps in reverse. With accurate measurements and a fast sampling rate, the restored analog signal can be nearly identical to the original sound wave.

For both THD and SNR, smaller values indicate better quality. Some cards also support digital input, allowing people to store digital recordings without converting them to an analog format.

Next, we'll look at the other components commonly found on sound cards and what they do.

In addition to the basic components needed for sound processing, many sound cards include additional hardware or input/output connections, including:

Digital Signal Processor (DSP): Like a graphics processing unit (GPU), a DSP is a specialized microprocessor. It takes some of the workload off of the computer's CPU by performing calculations for analog and digital conversion. DSPs can process multiple sounds, or channels, simultaneously. Sound cards that do not have their own DSP use the CPU for processing. Memory: As with a graphics card, a sound card can use its own memory to provide faster data processing. Input and Output Connections: Most sound cards have, at the very minimum, connections for a microphone and speakers. Some include so many input and output connections that they have a breakout box, which often mounts in one of the drive bays, to house them. These connections include:

Other Options for Sound Control 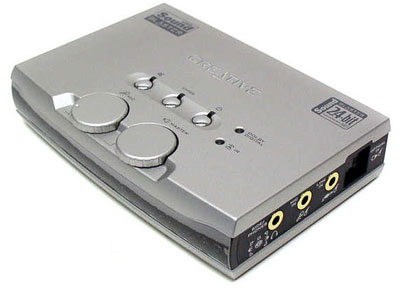 Not every computer has a sound card. Some motherboards feature integrated audio support instead. A motherboard that has its own DSP can process multiple data streams. It may also support 3-D positional and Dolby surround sound. However, in spite of these features, most reviewers agree that separate sound cards provide better audio quality.

For more information on sound cards and related topics, check out the links on the following page.

Shopping for a Sound Card

Anyone investing in a top-of-the-line sound card should also have high-quality speakers. Even the best sound card cannot compensate for poor speaker quality.