How Holographic Memory Will Work 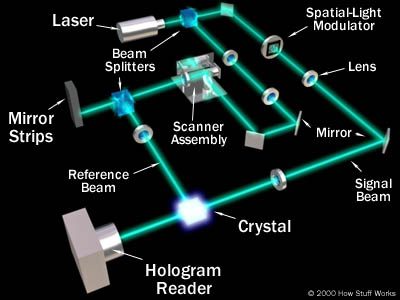 In a holographic memory device, a laser beam is split in two, and the two resulting beams interact in a crystal medium to store a holographic recreation of a page of data.  See more pictures of computer memory.

Devices that use light to store and read data have been the backbone of data storage for nearly two decades. Compact discs revolutionized data storage in the early 1980s, allowing multi-megabytes of data to be stored on a disc that has a diameter of a mere 12 centimeters and a thickness of about 1.2 millimeters. In 1997, an improved version of the CD, called a digital versatile disc (DVD), was released, which enabled the storage of full-length movies on a single disc.

CDs and DVDs are the primary data storage methods for music, software, personal computing and video. A CD can hold 783 megabytes of data, which is equivalent to about one hour and 15 minutes of music, but Sony has plans to release a 1.3-gigabyte (GB) high-capacity CD. A double-sided, double-layer DVD can hold 15.9 GB of data, which is about eight hours of movies. These conventional storage mediums meet today's storage needs, but storage technologies have to evolve to keep pace with increasing consumer demand. CDs, DVDs and magnetic storage all store bits of information on the surface of a recording medium. In order to increase storage capabilities, scientists are now working on a new optical storage method, called holographic memory, that will go beneath the surface and use the volume of the recording medium for storage, instead of only the surface area.

Three-dimensional data storage will be able to store more information in a smaller space and offer faster data transfer times. In this article, you will learn how a holographic storage system might be built in the next three or four years, and what it will take to make a desktop version of such a high-density storage system. 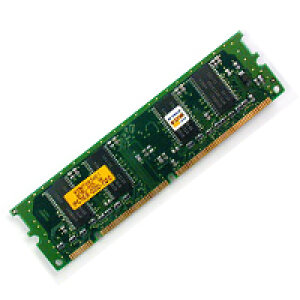 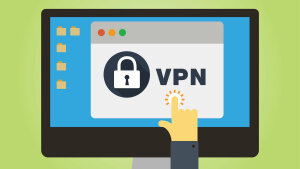