by Nathan Chandler Jun 11, 2020
Those endless reminders to install updates can be annoying but they're necessary. Microsoft

About a billion devices around the world run the Windows 10 operating system. Hundreds of millions more run older versions of this ubiquitous software. To keep these computers in order, every few weeks, Microsoft issues updates mean to fix malfunctioning bits of code, add features or perhaps most importantly, to protect computers against security vulnerabilities cracked by malicious hackers.

But do you really have to install all those updates? Or can you skip some of them?

The short answer is yes, you should install them all.

According to an emailed statement from Microsoft, Windows updates ensure that your computer is continuously kept up to date with new innovations and security updates – this is, they say, the optimum way to ensure users are running the best version of Windows possible. Doing this, says the company, will also protect against loss of data and information theft, among countless other potential problems.

Well, you might expect Microsoft to say something like that. But computer experts also agree on the importance of doing these updates.

"[Are they] necessary for Windows to function? No, not usually. Necessary to prevent unauthorized users from exploiting flaws in Microsoft software to access your computer? Yes, usually," wrote Tim Fisher in Lifewire. "The updates that, on most computers, install automatically, oftentimes on Patch Tuesday, are security-related patches and are designed to plug recently discovered security holes. These should be installed if you want to keep your computer safe from intrusion."

The Windows operating system checks for updates once a day. Typically, there won't be any new ones. However, on the second Tuesday of every month ("Patch Tuesday"), the company rolls out a new cumulative update, which is a bundle of all the most recent fixes, or patches. These are substantial updates, and your computer will have to restart itself before the process is complete.

Microsoft is particularly fond of its automatic updates capability, which (in an ideal world) downloads and installs updates while you're not trying to get something done on deadline. But you can schedule these updates for a time that works for you.

Go to Settings and click Update & Security. You'll immediately see if you're due for updates, and you can view your update history, too. Click Advanced Options for the option that lets you control when updates are downloaded and installed.

A screenshot of a Windows update page.
HowStuffWorks

It's understandable that you might be hesitant to install an update on your computer, especially if it seems to be work just fine as it is. Updates take time and bandwidth to download and install. Furthermore, sometimes they're worse than the problems they purportedly fix.

An April 2020 update, known as KB4541335, made many users' computers virtually unusable until they were able to roll back and uninstall the glitchy code. Another update, released in February 2020, wreaked havoc on countless systems before the company yanked it – permanently — from download sites.

Microsoft prioritizes updates according to their importance. If you see "critical" updates, it's vital that you install them as soon as possible.

For example, in March 2020, the company warned users to install an emergency update to protect against extreme security vulnerabilities. Without the update, they said, a hacker could potentially take control of your computer.

For those kinds of situations, install updates immediately. The same goes for other updates that Microsoft designates critical.

But for others, you can be a bit more deliberate. Start by creating a recovery drive as a backup of sorts, just in case a future update procedure goes awry.

NOW THAT'S INTERESTING
With the introduction of Windows 10 in 2015, Microsoft said that it was the "last" version of Windows ever – the company indicated that it would never release Windows 11 or 12, ever. Instead, it plans to simply update Windows 10 for all of time. Every six months, the new "feature updates" are released, filled with new capabilities, tweaks, and fixes meant to improve your overall experience.

How Do You Sleep When Sailing Solo for 4,000 Miles? 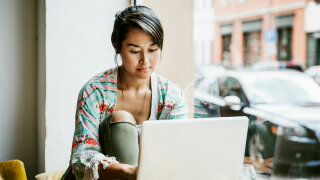 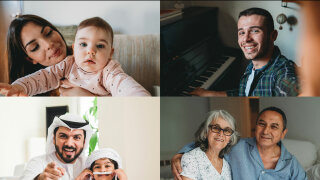 How to Reinstall Windows Without Losing Data