by Stephanie Watson
Podcasting combines the freedom of blogging with the technology of MP3s. Anastasiia Krivenok / Getty Images

Have you ever dreamed of having your own radio show? Are you a recording artist hoping to have your songs heard by the masses? Decades ago, you would have needed a lot of connections -- or a fortune -- to get heard.

Although podcasting first found popularity within the techie set, it has since caught on with the general public. Log on to one of several podcast sites on the Web, and you can download content ranging from music to philosophy to sports. Podcasting combines the freedom of blogging with digital audio technology to create an almost endless supply of content. Some say this new technology is democratizing the once corporate-run world of radio.

­Podcasting is a free service that allows Internet users to pull audio files (typically MP3s) from a podcasting Web site to listen to on their computers or personal digital audio players. The term comes from a combination of the words iPod (a personal digital audio player made by Apple) and broadcasting. Even though the term is derived from the iPod, you don't need an iPod to listen to a podcast. You can use virtually any portable media player or your computer.

­Unlike Internet radio, users don't have to 'tune in' to a particular broadcast. Instead, they download the podcast on demand or subscribe via an RSS (Really Simple Syndication) feed, which automatically downloads the podcast to their computers. The technology is similar to that used by TiVo, a ­personal video recorder that lets users set which programs they'd like to record and then automatically records those programs for later viewing.

In this article, you'll learn how podcasting works, discover where to find podcasts and how to listen to them. You'll also find out what tools you need to create your own podcast and how to promote it, as well as hear what industry analysts have to say about the future of this burgeoning technology and its counterpart, video podcasting. 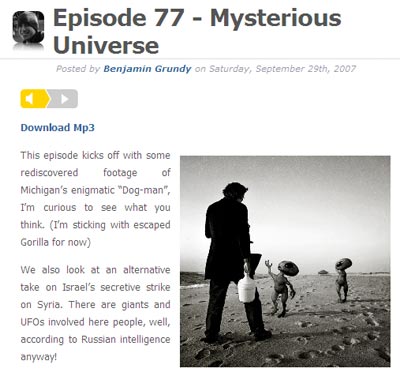 Podcasts from A Mysterious Universe offer the latest paranormal news.

Podcasting was developed in 2004 by former MTV video jockey Adam Curry and software developer Dave Winer. Curry wrote a program, called iPodder,that enabled him to automatically download Internet radio broadcasts to his iPod. Several developers improved upon his idea, and podcasting was officially born. Curry now hosts a show called The Daily Source Code, one of the most popular podcasts on the Internet.

Right now, podcasting is free from government regulation. Podcasters don't need to buy a license to broadcast their programming, as radio stations do, and they don't need to conform to the Federal Communication Commission's (FCC) broadcast decency regulations. That means anything goes -- from four-letter words to sexually explicit content. Copyright law does apply to podcasting, though. Podcasters can copyright or license their work -- Creative Commons is just one online resource for copyrights and licenses.

Although several corporations and big broadcast companies have ventured into the medium, many podcasters are amateurs broadcasting from home studios. Because podcasters don't rely on ratings as radio broadcasters do, the subject matter of podcasts can range from the refined to the silly to the excruciatingly mundane. Podcasters typically cater to a niche group of listeners. By podcasting consistently on one subject, podcasters not only assert their expertise on the subject matter but also draw a loyal and devoted group of listeners.

Consider two popular podcasts: Keith and The Girl is a say-anything-about-anything podcast run by Keith and his girlfriend, Chemda. The podcast's official website touts its expressive (and explicit) freedom, proudly proclaiming "Not held back by the FCC or anyone else." On the other end of the spectrum is A Mysterious Universe, a podcast devoted to examination of the paranormal, UFOs and cryptozoology.

Podcasts are also used for informational and educational purposes -- self-guided walking tours, talk shows and training are all available through podcasting, according to Podcasting Tools.

Several companies are trying to turn podcasting into a profitable business. Podcasting aggregators such as PodcastAlley.com and Podcast.net now feature advertisements. The Podcast Network, based in Australia, runs commercials and sponsorships during its audio broadcasts. Television networks have gotten into the action, too. National Public Radio, the Canadian Broadcasting Corporation and the BBC have begun podcasting some of their shows. Corporations such as Heineken and General Motors have created their own podcasts to attract consumers.

It is very easy to listen to a podcast. Once you master a few simple steps and search techniques, there are virtually no limits to what you can hear.

To listen to a podcast:

Since the advent of MP3 technology, other audio file types have been created that support different sizes and capacities of streaming audio. These include AAC (Advanced Audio Coding) and WMA (Windows Media Audio). No matter the format of your audio, there is free technology available to make listening possible, such as Windows Media Player, Apple Quicktime, VLC media player or Winamp.

Now that you know how to listen podcasts, the next logical step is to learn where to find podcasts that pertain to your interests. The iTunes Store is one purveyor of podcasts. Also try consulting directories like The Podcast Network or The Podcast Directory, and you are likely to find a listing that intrigues you.

You'll probably find any variety of podcast you want on the Web, but if you can't seem to find what you're looking for, you can create your own podcast with relative ease. Virtually anyone with a computer and recording capabilities can create his or her own podcast. Podcasts may include music, comedy, sports and philosophy -- even people's rants and raves.

More than 250 formats for audio files exist! These are just a few of those available: 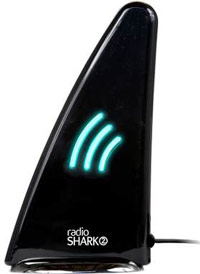 Recording a podcast is almost as easy as listening to one. Here's how the process works:

Several companies are creating new gadgets to improve users' podcasting experiences. San Francisco-based Odeo offers a service that creates custom playlists of podcast files, which can then be downloaded onto portable audio players. Griffin Technology makes a device called Radio Shark 2, which sells for about $50 and can be programmed to record music and radio programs.

Some experts say podcasting still has a long way to go before it catches on with the masses, but its growing popularity is undeniable. It's possible that podcasting will eventually become as popular as text blogging, which grew from a few thousand blogs in the late '90s to more than 7 million today. Some podcasts are already providing thousand of downloads a day, and they're not just entertaining their listeners -- they're also doing business. We'll see how companies are creating and using video podcasts in the next section.

Here are some tools for creating and listening to podcasts: 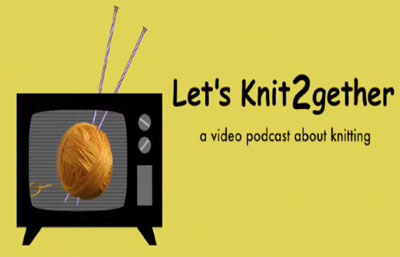 Video podcasts -- also called videocasts, vidcasts and vodcasts -- combine the audio component of podcasting with visual media. This technology provides a forum for a wide variety of video podcasters, including filmmakers and artists, vloggers (video bloggers), and even those who just like sharing their videos.

Video podcasting is also helping build business, especially in the sales and marketing sectors. Through video podcasts, businesses both large and small can advertise their wares and services in a modern, cost-effective way. In the past, big businesses had better access to expensive studios where sophisticated advertisements were produced, but now even the smallest businesses can create high-quality media with just a camera, editing software and the Internet.

You watch a video podcast in much the same way as you would listen to a podcast.

To Watch a Video Podcast:

To Create a Video Podcast:

The podcasts and video podcasts you find online range from the amateur to the streamlined and sophisticated. They are a testament to the accessibility of this technology for listeners and creators alike. Anyone can -- and clearly anyone will -- podcast.

For more information on podcasting and related topics, check out the links on the next page.