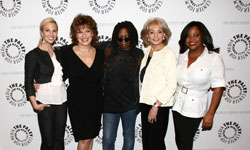 Over the past few decades, the Internet has blossomed from a technical curiosity to an integral part of many people's lives. It's the road by which we communicate, work, relax and remain informed. If the Internet is the road, then Web sites are the destinations, and, just like in the real world, when too many people use the same road to get to the same place, congestion occurs, causing traffic to slow or even stop. So when a Web site is overrun with visitors, there may be a delay, but if its servers become overloaded, the site will crash completely.

In particular, the popular micro-blogging Web site Twitter has had problems managing its traffic, and there've been many occasions when the site's services slowed significantly or crashed altogether. It's not necessarily Twitter's fault. The Web site has barely been able to keep up with demand. Twitter grew 1,375 percent between February 2008 and February 2009, expanding from 475,000 registered users to more than 7 million [source Nielsen]. Given those numbers, it's not surprising when a few too many tweets bring the site crashing down.

Everything from Steve Jobs' appearance at MacWorld to Barbara Walters explaining Twitter's services on "The View" has brought Twitter to a grinding halt. And, despite vast improvements to its user capacity, it's inevitable that future events will bring the site down again. So what events are most likely to crash the much-beloved service in the future? Let's take a look at five possibilities.

5: Big News at a "Geek" Convention

Twitter's core users are not the young, under-25 demographic that dominates other social networking sites. The average Twitter user is 31, and its largest user base is between the ages of 35 and 49 [source: Lenhart]. In fact, people as old as 104 use the service [source: Moore].

However, despite Twitter users' impressive age range, a lot of what people twitter about is standard Internet fare. Large amounts of bandwidth across the Web are regularly devoted to ongoing debates by tech junkies, film fanatics and video game addicts. These tech-savvy Web users often communicate over e-mail, message boards and Twitter in long diatribes debating the value of specific video game consoles, breaking movie news and the general worth of the latest application or gadget. So it should come as no surprise that in January 2008, Twitter crashed after too many tweets were sent flying over Steve Jobs' presentation at MacWorld [source: Siegler].

Twitter's servers have been ramped up admirably since that time, but some groundbreaking revelation in the "geek" community could easily crash the service again. At this year's E3 (Electronic Entertainment Expo), the format is returning to the festival-like atmosphere it abandoned in 2007, and many expect the revitalized proceedings and breaking video game news to energize gamers across the globe, which, of course, could be bad for Twitter.

It's not just E3, however. Any groundbreaking news in the tech or entertainment industry could potentially squash millions of tweets and cause people all over the world to see Twitter's famous floating whale.

All Hail the Whale

The Fail Whale is an image created by Ms. Yiying Lu of a whale being lifted out of the ocean by a flock of small birds. In 2008, Twitter began using it as the image that would appear whenever the Web site crashed. It has since become a pop-culture phenomenon, appearing on shirts, mugs and even tattoos. The now-famous whale also spawned a fan club and two over-capacity celebrations in San Francisco honoring its visage.

During the 2008 election, 74 percent of Americans who use the Internet did so to get political news or to take part in a campaign [source: Lenhart]. Therefore, it's not surprising that Twitter became a political forum for millions of people or that the rapidly expanding micro-blogging service had so many troubles.

After the first 2008 presidential debate, usage jumped 18.5 percent and new users increased 23 percent in a single week [source: Snyder]. And that was just the first debate. The constant influx of new traffic caused plenty of Fail Whale sightings throughout the year, and many people assumed the service was doomed on election night.

However, despite extensive delays during Obama's acceptance speech, Twitter persevered but may not have had the race had been closer. Anything approaching the controversy and tension surrounding the 2000 election would surely have crashed the service. After all, Obama's acceptance speech occurred in the middle of the night; Twitter was out intermittently throughout Inauguration Day.

Judging from the dramatic increase in Internet usage each election cycle sees, it's fair to assume that millions more will hit the net by 2012. By that point, Twitter's servers should be well-equipped to handle the increase in traffic, but what if it's not a normal election? The contentious race in 2000 sure got people talking, and if Twitter had existed back then, it would undoubtedly have been down for quite some time. In fact, it's highly probable that one or more of the potentially heated battles in the 2010 House and Senate elections may bring the service to its knees.

Twitter has grown from a small Internet curiosity used by a handful of people to America's third-largest social networking site with, as of May 2009, more than 32 million unique visitors each month [source: Wauters]. Not bad for a service that began 2008 with less than half a million users.

However, there's no way to tell how many of Twitter's new recruits signed up to follow their favorite celebrity. In April 2009, Oprah Winfrey began using Twitter, and it had a profound effect on the service. Thirty-seven percent of visitors to the site were new users on Oprah's first day [source: Graham]. There is little doubt that Winfrey's tweets helped Twitter grow an astonishing 83 percent in April 2009, despite the fact that severe lags and outages plagued the service throughout the month [source: Sachoff/Riley].

Sometimes celebrities don't even need to be users of the site to bring it down. In March 2009, the site crashed when Barbara Walters tried to explain Twitter to "The View's" audience. In fact, her comments preceded perhaps the worst outage Twitter has experienced in quite some time -- the entire site was unable to load. Not even the trusty Fail Whale was able to make an appearance [source: Gawker].

If Barbara Walters merely mentioning the site can cause such severe Twitter outages, there's no telling what could happen if a more prominent star began using the service to reveal particularly juicy gossip. In other words, if Bono ever tweets the reason he won't take off his sunglasses, or if Will Smith uses Twitter to explain why he couldn't be both the DJ and the rapper, you can probably expect a significant lag in your tweets -- if you're able to send them at all.

Oprah was not the only celebrity to boost Twitter's traffic in April 2009. On the same day that Oprah sent out her first tweet (Friday, April 17), Ashton Kutcher became the first "Twitterer" to receive 1 million followers. It marked a victory for the star in a contest he initiated against CNN to reach the Twitter milestone, with the winner donating 10,000 mosquito nets to charity for World Malaria Day. Still, good cause or not, it was an extremely impressive feat for Kutcher to amass such a following, who, by all odds, was considered a long shot. Larry King even playfully chided the actor, saying, "You're playing out of your league. CNN will bury you" [source: Canwest News].

Recently Twitter stopped following the news and started making it. The popular micro-blogging service has begun to emerge as an outlet for citizen journalists. It's not surprising; Twitter provides information in real time, and sending out a tweet is as easy as texting a message. The service has a leg up on outlets like YouTube, with its prerecorded videos, and Ustream, which is live but requires mobile devices equipped with video cameras to use.

Twitter has broken several major news stories, resulting in both more traffic and outages for the site. On Jan. 15, 2009, Janis Krums happened to be on a ferry that helped save the passengers of US Airways Flight 1549 after it crashed into the Hudson River. He snapped a now-famous picture of the wreck, with the plane's passengers standing on its wings, and uploaded it to Twitter. Soon after, Twitter was providing more whale sightings than news coverage, as all the new traffic brought by Krums' image quickly crashed the service [source: LATimes].

Regardless of whether Twitter's servers are capable of keeping up with demand on breaking news stories, as more people across the globe use the service, the greater the odds are that tweets will be sent from the scene. From the Mumbai terrorist attacks to the Iranian elections, people used Twitter to document events as they unfolded. Unfortunately, judging from Twitter's past, the larger the news event, the greater the chance the service won't be able to keep up and will crash when people need it the most.

A Threat to Google

Even the mighty Internet juggernaut Google sees Twitter's real time news coverage as a threat. At Google's Zeitgeist conference, CEO Eric Schmidt recently said, "People really want to do stuff real time, and I think that they [Twitter] have done a great job about it." He went on to say, "I think we have done a relatively poor job of creating things that work on a per-second basis" [source: Wray]. 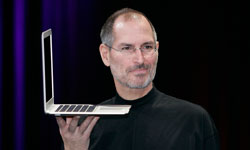