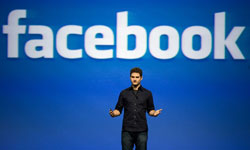 If you've been on Facebook for any length of time, you've probably been poked, Superpoked, had a sheep thrown at you, received a round of drinks or been bitten by a vampire. These viral applications entertained us for a while, but now Facebook has created new ways for users to waste time at work and school -- social gaming.

Social games stand apart from regular games (ones you might play on your computer or through a separate Web site) because they engage your network of friends. Instead of just throwing sheep or zombies at each other, friends challenge each other to games like Scrabble, bowling and mini-golf. And unlike viral applications like SuperPoke, where users simply send each other weird stuff, social games grow more organically.

Since most game results post to your wall, your entire network will notice you're playing a certain game. Some of the simulation-based games might even ask you to team up with your friends to complete certain tasks. Friends can invite each other to beat their scores, and many games even offer "taunts" and "smack talk" that publish to the user's wall, enticing even more people to join.

This mindless fun means serious cash for game developers. Facebook games are on track to make $500 million in 2009 [source: Eldon]. Some game developers make money through traditional advertising, but many use the actual game to generate revenue. For example, players can buy virtual goods like poker chips or clothes for their avatars to move ahead in the game. We'll look at some games that use these virtual goods (along with your very real money) on the following list of top five games.

YoVille is a virtual world for teens and adults, and it has 5.5 million Facebook users per month. You build yourself an avatar, usually one that somewhat resembles you (except that it has a giant head and a tiny body). At first, your character has a limited amount of clothes and accessories it can wear. That'll change as you accrue virtual money.

Your YoVille character starts in its own apartment, and with your mouse you can move it around, by clicking on doors. As the name suggests, your character lives in the town of YoVille, which has a bank, gym, casino, diner, nightclub, shops and even an animal shelter, if you'd like your avatar to get a pet. A factory on the outskirts of town provides your character with employment -- the more money you earn, the more stuff you can buy.

If your friends have the application installed, you can socialize with them in YoVille. Or you can make new friends in YoVille by walking up to someone else's character and initiating a chat. If all goes well, you can add that person as a buddy. Your friends can visit you in your apartment, or you can meet up at the diner or nightclub. Your game of YoVille can continue indefinitely. It's constantly adding new features and locales to the game.

Your YoVille character can live a solitary life. But it's better if you start or join a "crew." The bigger your crew, the more money you earn at work, which means you get to buy more all-important stuff.

There's really no strategy to Lil Green Patch. You just plant things in your garden and send friends things to plant in theirs, hoping they'll return the favor. Supposedly, for every 10 friends you send a plant, you'll save one square foot of rainforest. The donations are possible through advertising dollars. The more plants you send, the more people you get to sign up and that means more eyes on the ads.

To maintain your Lil Green Patch, you need certain supplies. Of course these are available in the store, where you can make purchases with GreenBucks. You receive GreenBucks every time you tend to a garden. You can also remove plants from your garden and sell them in the Marketplace.

Lil Green Patch is a simple game: Plant flowers and fruit with your friends and save the rainforest at the same time. Lil Green Patch simulates a garden in your profile. As you tend to your garden and help friends tend to theirs, sponsors donate money to the Nature Conservancy's Adopt an Acre program and other reforestation projects. The developers of Lil Green Patch state that, to date, they've saved more than 59,098,167 square feet (5,490,399 square meters) of rainforest on the Osa Peninsula of Costa Rica [source: Lil Green Patch]. The game has 5.6 million Facebook visitors per month.

Some Facebook users report viruses or spyware downloading during game play. These destructive programs can disable the game, send out spam, infect an entire computer -- the varieties of attacks are nearly endless. Because Facebook games are hosted and maintained by third-party developers, hackers can get into those servers and load up the games with nasty surprises. Experts strongly recommend you install anti-virus and anti-spyware applications on your computer.

You may have noticed postings like this one on your friends' walls, "Pete Smith has requested help against a Rival Family in Mafia Wars," and wondered what the heck was going on. It's Mafia Wars, a social game with more than 9.6 million monthly users [source: Inside Social Games]. The object of Mafia Wars is to work your way up to Godfather by performing tasks and getting your friends to play the game.

Mafia Wars has three main points of play -- Rank, Fighting and Respect. To ascend in the game you must increase these, which happens through recruiting other players and friends to your "family," earning virtual money from criminal activities, arming your family with weapons, and fighting other mafia families. See? Good clean family fun.

When you first begin playing the game, an elder named Luco guides you along. He'll show you how to recruit your Facebook friends to the game and offer other tips on how to build a large family. The game is text-based -- not a simulation or virtual world. You click on actions and then gather your "family" to help you out. Then you all split the money. The game keeps track of your activities, and whenever you need a hand, you can post requests to your wall.

In the race for Facebook game revenue, two companies have emerged as frontrunners. On Inside Social Games' Top 25 Facebook Games for May 2009, the company Playfish appears seven times. Its games include the No. 2-ranked Pet Society, as well as Geo Challenge, Word Challenge, Who Has The Biggest Brain, Bowling Buddies, Restaurant City and Minigolf Party. Zynga is the next best represented, with five out of the top 25. Its games include the No. 1-ranked Texas HoldEm Poker, then Mafia Wars, YoVille, Vampire Wars and Street Racing. Industry insiders are keeping an eye on Playdom, which is a success on MySpace and is about to make a move toward Facebook [source: Inside Facebook].

Pet Society is another virtual world game, aimed at both kids and adults. With nearly 11 million monthly users, it's a big favorite on Facebook [source: Inside Social Games]. When you first log in to Pet Society, you create a custom pet. You choose how it looks, from its fur color to the color of its eyes. Then you name it and continue on to the game. Your pet has its own house, which you can decorate yourself. As with YoVille, only certain accessories are open to you at first. You unlock fancier items by advancing in the game.

Pet Society measures your pet's wellbeing through levels of health, happiness and hygiene. It's up to you to keep these levels high by feeding your pet and giving it a bath. You can also earn coins by playing with your pet and exchange those coins at the bank to buy cool stuff to keep your pet even happier. Another way to earn coins is by participating in advertiser surveys. If you don't feel like putting in the time, you can purchase coins through PayPal, credit card or even by billing your cell phone.

Your pet can wander the neighborhood and meet up with other pets. To entice friends to join Pet Society, you can reserve houses for them near your own in the neighborhood. You can even keep a photo album of your pet, and share it with others. A running score on the bottom of the Pet Society screen keeps you and your friends apprised of who has the most gold coins.

One of the most popular games on Facebook in 2008 was Scrabulous. Because the game strongly resembled Scrabble, it was shut down by Hasbro and Mattel. After courts forced the removal of the popular game, Scrabble released its own Facebook version. Unfortunately, the game performed poorly due to licensing and technical issues. Recently, Scrabulous made its return to Facebook with the new moniker Lexulous. With just a few changes to the interface, it retains the feel of Scrabble but doesn't violate any copyrights.

Boasting more than 12 million monthly users, Texas HoldEm is currently the most popular game on Facebook. The concept is simple -- online poker. What makes it different on Facebook? Again, you can play with your Facebook friends or choose to go up against complete strangers.

Each day when you log in to the game, you get free poker chips to get you started. There are a few ways to get more chips. Obviously, you can win them the old-fashioned way -- in a poker game. But what if you need a whole bunch in a hurry, maybe to join a high-stakes tournament? Here's how Texas HoldEm Poker pulls in revenue. You can earn chips by participating in ad-sponsored activities. For example, taking a survey for a GPS company can earn you 8,000 free chips. Sign up for a trial DirectTV membership and receive a whopping 422,000 chips! You can also purchase chips with real money -- through PayPal, credit card or by billing your cell phone.

Just like any casino, Texas HoldEm Poker makes it easy for you to get money as soon as possible, without leaving the game room. And, just like any casino, there's always someone around looking to scam you. Scammers can trick users into giving away their login information. Then they'll go into that person's account and transfer all their chips to a different account. Facebook lists some tips on being vigilant -- like "never give your login information to anyone, ever."

In May 2009, Facebook's Texas HoldEm Poker announced a contest with an incredible prize -- two trips to the World Series of Poker, the biggest real-life poker tournament in the world.