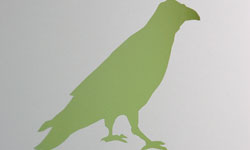 The word "tweet" no longer belongs to the birds. Ever since the popular social networking site Twitter flooded the human psyche, the word has come to stand for the 140-character quips users send via the trendy Web site.

In the off-chance you're new to the Internet, Twitter is a social networking Web site that helps users to stay in touch with friends, family and otherwise via these tiny autobiographical updates. Because of the character limit, tweets must be concise, and some people refer to Twitter communication as microblogging.

The user interface for Twitter is rather basic, without too many options to manage or organize your feed, which isn't a big deal for the casual user. But power users and those who follow many people are always on the lookout for applications that help them to use Twitter more effectively. There are many Twitter tools out there, and it can be tough to sift through them all.

That's why we've done the work for you by creating a top five list, which begins on the next page. 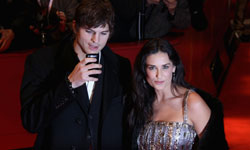 Is Ashton Kutcher sending a tweet from the red carpet?
Anita Bugge/Getty Images

Sending that particular tweet enters you in the WeFollow directory according to the hashtags you provided. Your Twitter account is now searchable and categorized on WeFollow. The site is a good way to find new users to follow, by searching for people with similar interests to your own.

The front page of the WeFollow Web site lists the most popular tags (celebrity, TV, music, news, politics). Under each tag, you'll see users listed by popularity, i.e. number of followers. You can browse through all the listings to find new people to follow. And maybe you'll pick up a few new followers of your own.

Why is WeFollow different from the other Twitter directories out there? Because users must publicly tweet to @wefollow, the site gets free and instant publicity across the Twitterverse. WeFollow also benefits from the name recognition of its creator, Kevin Rose, who started up the popular social news Web site Digg.

Have you ever wondered why one day you have 100 followers, but the next you're down to 95? Twitter doesn't notify you when someone stops following you, and it can be cumbersome to comb through your followers list to figure out who dropped you.

If you're somewhat of a masochist and want to know when and why someone stops following you, Qwitter is the tool for you. Just sign up on the Qwitter Web site, and Qwitter will monitor your account. If someone "unfollows" you after you post something, you should get an e-mail with the username of the person who dropped you, as well as the post that may have inspired them to leave.

Qwitter can be a useful tool if you're someone who is concerned about inadvertently offending people with your tweets. Knowing what particular tweet may have prompted someone to drop you can be helpful. You might even send a friendly message to the person that unfollowed you to iron out any misunderstandings. Of course, conversely, if you unfollow someone, you should be aware that they may be using Qwitter as well, and they may have a few questions for you.

Twitter users want followers, and they're always looking for ways to increase their numbers. So it comes as no surprise that tens of thousands of users recently fell for this Internet scam: After seeing a link appear in their Twitter feeds promising a huge increase in followers, users were directed to a site called TwitterCut, which requested their login information. Entering the information launched a worm that sent out the same message to all the users' followers. And the cycle continued. Lesson: You should never give any Web site your Twitter account information unless you know it's legitimate.

TweetDeck is an application that brings you several Twitter tools in one integrated client. Within TweetDeck, you can manage the people you follow, send tweets and direct messages, follow any @ replies or mentions, and much more.

If you access Twitter from its original interface on the Twitter Web site, you need to refresh the page every time you want to see updates. Instead, TweetDeck feeds you those updates as they come in. When someone you follow posts a new tweet or you receive a reply, a beep or visual flag will notify you. TweetDeck also runs independently of your Web browser.

The big draw of TweetDeck is its ability to organize your list of contacts into a column-based format. This is especially helpful if you follow a lot of people. By setting up groups, you can manage your contacts in any way you choose. For example, if you follow stand-up comedians on Twitter, you can set up a "comedian" group, which will allow you to view a column of comedian-only tweets. TweetDeck also lets you click on a user name to find out more information about that person.

Other little goodies in TweetDeck include an automatic URL shortener (invaluable when you're working with only 140 characters), a feature called TweetShrink which will help you reduce a too-long tweet, a shortcut to image and video uploads, and a button that allows you to also send your tweets to Facebook.

All these features work to assist you in managing your Twitter feed in a much more efficient way.

You don't need a desktop computer to send updates to Twitter. Install a Twitter application to your smartphone and you can keep your contacts updated on your every move. Popular mobile applications include Twitteriffic, Twitterfon, Blackbird, TwitterBerry and PocketTweets.

TwitThis is actually more of a blogging tool rather than a Twitter tool. It's a good utility for anyone who has a blog or Web site and is looking for more methods of promotion. It's also useful for people who like to share interesting things they run across online.

TwitThis provides HTML code you can add to your Web site. This code puts a button on your Web page or blog. If a reader wants to share your site via their Twitter account, they just need to click the button. That click will publish your URL to the user's Twitter feed, and voila -- your Web site gets instant promotion without you having to do a thing.

If you don't have a Web site you want to promote, you can still use TwitThis as a bookmarklet. A bookmarklet is a one-click tool that sits in your browser's toolbar. With the TwitThis bookmarklet, if you're surfing the Internet and see something you'd like to share on Twitter, just click, and the URL will post directly to your feed -- and you never even have to leave the page you're viewing. And TwitThis automatically shortens the URL, so you don't have to worry about it taking up your entire Twitter 140-character limit.

Twitpic is an application that lets you share your photos on Twitter. After setting up an account, you can log in to Twitpic to upload photos from your computer. Twitpic will store the photo on its server, and at the same time will generate a post to your Twitter account with a link to the photo. You can caption and tag your photo, too.

You can also use Twitpic to tweet photos from your mobile phone. The application generates a unique e-mail address based on your username. After taking a picture on your cell phone, just email the photo to that address and it will soon appear in your Twitter feed. The ability to tweet photos on the fly -- as opposed to having to wait to download photos from your camera to your computer -- makes Twitpic and similar applications very popular.

On the Twitpic homepage, a Google world map features recently uploaded photos from all over the world, an interesting way to find Twitter users you might not normally encounter. You can also find Twitpic bundled into some of your favorite Twitter tools, like TweetDeck or Twhirl.