If you're a Facebook user with strong political opinions about the 2016 presidential race, you might be wondering if you're going to have fewer Facebook friends by the time the election (finally) rolls around.

In addition to all the name-calling and negative ads raising passions and adding to the nation's polarization between Hillary Clinton supporters, Donald Trump diehards and the rest of everyone else, several media outlets have warned about the phenomenon of election-related unfriending. Politico, for example, told the story of business consultant Brent Blackaby, a Democrat, who severed ties with his Republican uncle and got into an argument that enveloped numerous relatives.

"OK, if any of my Facebook friends are still voting for Donald Trump, do me a favor and unfriend me now," Blackaby posted, according to Politico.

This sort of conflict isn't really new. A 2012 Pew Research Center study found that nine percent of social media users had blocked, unfriended or unfollowed someone — meaning that they no longer read the person's posts — due to online comments they disagreed with or found offensive. Pew found that liberals were more inclined to take offense, with 28 percent saying that they'd dropped or ignored social media friends because of politics, compared to 16 percent of conservatives and 14 percent of moderates.

But is there a bigger wave of unfriending this year than in 2012 or 2008, because Trump and Clinton arouse such raw feelings? There's no way to know for sure. Unfriending is difficult to track in real time from the outside — sometimes, it's not even immediately apparent to the people who are dropped — and Facebook itself says it doesn't know either.

"Unfortunately, we do not have the data you're seeking," Facebook policy communications official Andy Stone says via email. "However, I can tell you that between January 1 and October 1 of this year, 109 million people on Facebook in the US generated 5.3 billion likes, posts, comments and shares related to the election."

Supporters of Donald Trump and Hillary Clinton argue (in real life) at a campaign rally in Florida.
Mark Walheiser/Getty Images

"It's a good question, but we really don't know the answer," says Jenny Stromer-Galley, an associate professor at the School of Information Studies at Syracuse University.

Stromer-Galley, who is studying use of social media in this campaign, said we actually have more qualitative data than quantitative, and know more about why such hard feelings occur. Previous research shows that people tend consume online content and join communities that reinforce the views they have, she explained. That makes them all the more strident — and vulnerable to getting mad about someone who bashes them or their candidate.

"When you have strong Clinton supporters going on social media, for example, and being exposed to people who hate Clinton, that can produce anxiety," says Stromer-Galley. "The polarization is exacerbated. We tend to treat the other side as bad guys, rather than someone with whom we have differences of opinion."

A 2014 study by Hebrew University communications professor Nicholas John looked at rates of unfriending among Jewish Israeli Facebook users during an armed conflict in Gaza that summer. John's study found that one in six had unfriended or unfollowed someone during that period, and that one in 12 had cut off as many as three former friends.

The study found that younger Israelis were more likely to end Facebook friendships than older ones, and that the further to the political left or the right that a Facebook user was, the more they were inclined to drop Facebook friends. Interestingly, the conflicts didn't have much to do with the actual impact of events on a person. Facebook users in southern Israel, where the threat of actually being harmed by a rocket fired in the conflict was highest, were no any more likely to unfriend than people from other, safer parts of the country.

Now That's Interesting
For people who do find themselves dropped by social media acquaintances, the emotional impact depends upon the circumstances, according to a study published in the journal Computers in Human Behavior. Researchers found that people spent more time thinking about the slight, and felt more negative emotions about it, when they believed the cold-shoulder was triggered by "Facebook-related reasons" rather than a real-world incident. 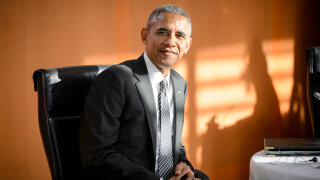 How Lame Is a Lame-duck President? 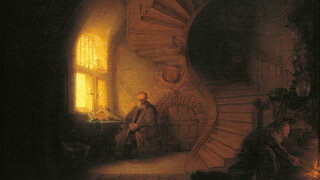 Stuff to Blow Your Mind: The Spiral of Silence [AUDIO PODCAST]