How the MacBook Pro Works

by Becky Striepe
NEXT PAGE 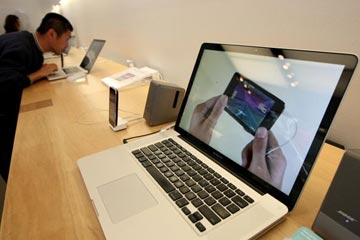 A customer looks at the new 17 inch MacBook Pro in an Apple store in 2009.
Justin Sullivan/Getty Images

Apple first announced the MacBook Pro in early 2006, and Apple enthusiasts have been drooling over each new model ever since.

This was Apple's first Intel-based notebook, meaning that instead of using IBM, Motorola, and Apple's PowerPC chip, they replaced the processor with the Intel Core-Duo [source: Snell]. This was a big leap, since incorporating a new processor meant Apple had to ensure that their operating systems and software would still work on the Intel Macs. Their solution was a program called Rosetta, which would essentially "translate" software written for PowerPC into language that the new Intel chip could process.

So why would Apple switch processors? It's all about speed. The first MacBook Pros gave users a huge speed boost over their predecessor, the PowerBook G4. Intel's core-duo processor was essentially two processors in one, which meant a jump in speed without a big drain on battery life. Of course, users responded well to the boost in speed, and while some users complained about small issues like compatibility with some older software, reviews of the new MacBook Pro were generally very positive [source: Snell].

Apple geared these new Macs towards existing PowerBook users and hardcore users, like designers, who needed fast speeds and a decent amount of storage. It's no accident that the first MacBook Pros looked and felt just like the PowerBook G4s that they replaced, but don't let looks fool you. The MacBook Pro is very different on the inside.

In the five years since its launch, the MacBook Pro has gotten faster and added more screen size options, and Apple has released software and hardware updates to address some user complaints from the early MacBook Pros. For example, early MacBook Pros' FireWire could only transfer 400 Mb of data per second, but Apple soon upgraded to FireWire 800, which can transfer twice as much data in the same amount of time [source: Knight]. The newest MacBook Pros use Thunderbolt to transfer data, which we'll talk more about later.

So what are the specs for the MacBook Pro? Find out on the next page! 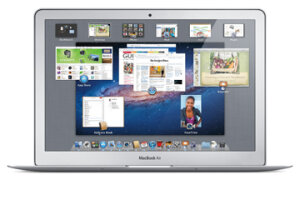 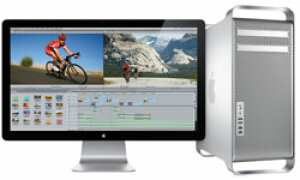