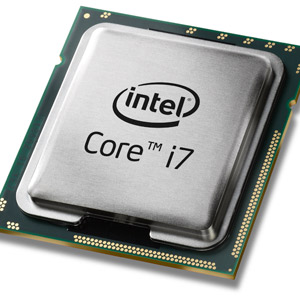 According to Intel, the Nehalem microarchitecture uses a system the company calls QuickPath. QuickPath encompasses the connections between the processors, memory and other components.­

Using the old microarchitecture, Intel's chips had a memory bandwidth of up to 21 gigabytes per second. QuickPath connectivity improves the memory bandwidth, allowing more information to pass each second.

Nehalem-based processors also have point-to-point interconnections between each other. That means if one processor needs to access data within another processor's cache, it can send a request directly to the respective processor and get a response. Within each interconnection are distinct data pathways. Data can flow in both directions at the same time, speeding up data transfers. Transfer speeds between the multiple processors and the I/O controller can be up to 25.6 gigabytes per second.

QuickPath allows processors to take shortcuts when they ask  other processors for information. Imagine a quad-core microprocessor with processors A, B, C and D. There are links between each processor. In older architectures, if processor A needed information from D, it would send a request. D would then send a request to processors B and C to make sure D had the most recent instance of that data. B and C would send the results to D, which would then be able to send information back to A. Each round of messages is called a hop -- this example had four hops.

QuickPath skips one of these steps. Processor A would send its initial request -- called a "snoop" -- to B, C and D, with D designated as the respondent. Processors B and C would send data to D. D would then send the result to A. This method skips one round of messages, so there are only three hops. It seems like a small improvement, but over billions of calculations it makes a big difference.

In addition, if one of the other processors had the information A requests, it can send the data directly to A. That reduces the hops to 2. QuickPath also packs information in more compact payloads.