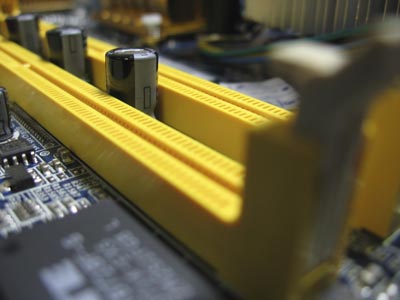 A driver helps the operating system communicate with the electrical signals from computer hardware.
©iStockphoto.com/Nael Nabil

­Because there are such wide differences in the hardware, there are differences in the way that the driver programs function. Most run when the device is required, and function much the same as any other process. The operating system will frequently assign high-priority blocks to drivers so that the hardware resource can be released and readied for further use as quickly as possible.

Managing input and output is largely a matter of managing queues and buffers, special storage facilities that take a stream of bits from a device, perhaps a keyboard or a serial port, hold those bits, and release them to the CPU at a rate with which the CPU can cope. This function is especially important when a number of processes are running and taking up processor time. The operating system will instruct a buffer to continue taking input from the device, but to stop sending data to the CPU while the process using the input is suspended. Then, when the process requiring input is made active once again, the operating system will command the buffer to send data. This process allows a keyboard or a modem to deal with external users or computers at a high speed even though there are times when the CPU can't use input from those sources.

Managing all the resources of the computer system is a large part of the operating system's function and, in the case of real-time operating systems, may be virtually all the functionality required. For other operating systems, though, providing a relatively simple, consistent way for applications and humans to use the power of the hardware is a crucial part of their reason for existing.