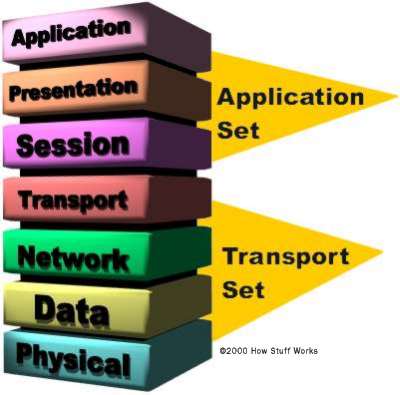 The seven layers of the OSI Reference Model

Think of the seven layers as the assembly line in the computer. At each layer, certain things happen to the data that prepare it for the next layer. The seven layers, which separate into two sets, are:

The OSI Reference Model is really just a guideline. Actual protocol stacks often combine one or more of the OSI layers into a single layer.