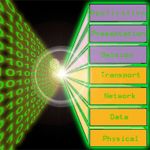 Virtually all networks in use today are based in some fashion on the Open Systems Interconnection (OSI) standard. OSI was developed in 1984 by the International Organization for Standardization (ISO), a global federation of national standards organizations representing approximately 130 countries.

The core of this standard is the OSI Reference Model, a set of seven layers that define the different stages that data must go through to travel from one device to another over a network. In this article, you'll find out all about the OSI standard. 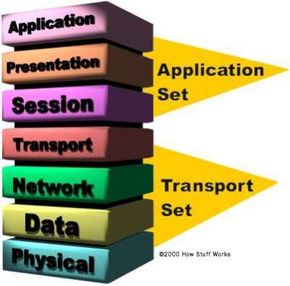 The seven layers of the OSI Reference Model

Think of the seven layers as the assembly line in the computer. At each layer, certain things happen to the data that prepare it for the next layer. The seven layers, which separate into two sets, are:

The OSI Reference Model is really just a guideline. Actual protocol stacks often combine one or more of the OSI layers into a single layer.

As you can see, it is not necessary to develop a separate layer for each and every function outlined in the OSI Reference Model. But developers are able to ensure that a certain level of compatibility is maintained by following the general guidelines provided by the model.

For more information on OSI and related topics, check out the links on the next page.