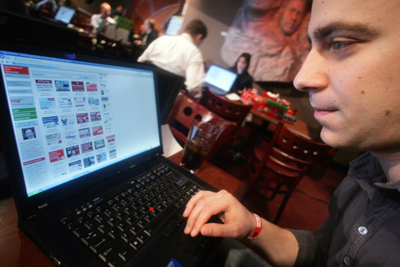 Dial-up isn't dead. According to the Pew Internet & American Life Project, as of March 2007, 23 percent of home Internet users still use dial-up. This is particularly true in rural areas where high-speed broadband penetration is only 31 percent. Travelers also use dial-up Internet services. Some hotels only offer dial-up, and in some locations it's easier to find a phone connection than an Internet café.

If you sign up for a normal dial-up Internet plan, you'll pay around $10 to $20 a month for unlimited access (although there are additional fees for dialing in from outside the country). But not everyone needs unlimited minutes. What if you do most of your Web surfing at work and only need a home connection to check your e-mail once or twice a day? Or maybe you just want dial-up access as a backup in case your broadband connection fails.

There are also prepaid Internet services that allow you to buy minutes online or recharge your account without buying a physical card.

Let's start with the advantages of prepaid Internet. 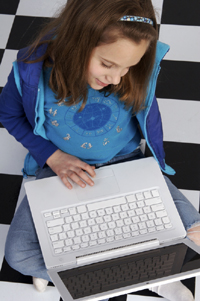 The chief advantage of prepaid Internet is that you can use it as little or as much as you like. If you're a light Internet user -- only logging on occasionally to check e-mail or the weather -- then you've no need for unlimited monthly minutes.

If you use the Internet sporadically -- a lot one month, almost never the next month -- you can buy the appropriate minutes for your usage habits.

Or maybe you have broadband at home, but you're looking for a "plan B" if you unexpectedly lose cable or DSL Internet access. Most prepaid Internet cards are good for a year. You can invest in one $10 card a year and keep it in a drawer as a backup.

Even if you don't have access to a landline telephone connection, you can use your cell phone as a modem. Here's how it works:

Prepaid Internet is also good for people with credit problems. Most monthly Internet service plans require a credit card for billing. Prepaid Internet cards, however, can be bought with cash [source: Phone+].

Finally, prepaid Internet can be a good way for parents to control their children's Internet usage [source: Phone+]. If a kid is given one $10 card a month, then he can only use that many minutes.

Now let's look at a few drawbacks of prepaid Internet. 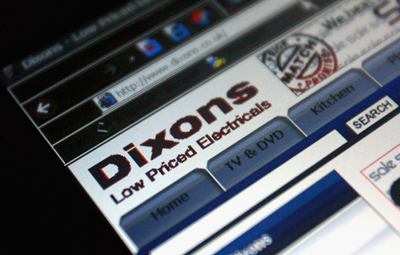 The main disadvantage of prepaid Internet is that it's slow. The standard dial-up Internet speed is 56 kbps, which is the maximum data capacity of a digital phone line in the United States. Dial-up Internet connections make it painfully slow to view images and nearly impossible to stream music or video. According to the Pew Internet & American Life Project, 57 percent of Internet users watch online video.

We should note that several prepaid Internet providers offer prepaid "broadband," which still runs over a phone line. We'll talk more about this service in the next section.

Another disadvantage of prepaid Internet is that you need to buy another card or recharge your account whenever your minutes run out. Until you do that, you'll be without Internet access. This means you have to keep track of how many minutes you have left so you won't be surprised when they expire. There are several different ways that you can keep track of your minutes with prepaid Internet:

Also, if you're a heavy Internet user, or you need to access the Internet from outside of the country, prepaid Internet cards can become expensive. If you plan to use the Internet for more than just checking e-mail or emergencies, a monthly plan might be more economical.

Now let's look at your options when choosing a prepaid Internet plan. 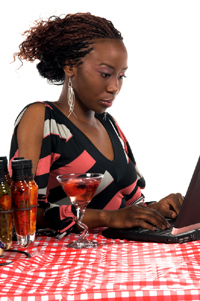 Let's say you buy a prepaid Internet card that says 600 minutes for six dollars. Your actual number of minutes -- or how much you're charged per minute -- depends on where you're dialing from and whether you're using a local access or toll-free number:

In addition to individual prepaid Internet plans, you can also sign up for group or corporate plans. Corporate plans offer some advantages for businesses that want to supply employees with dial-up access while away from the office:

Some prepaid Internet providers offer what they call prepaid "broadband." They claim to use special servers to speed up download and upload speeds beyond the conventional 56K dial-up modem. These are not, in fact, true prepaid broadband connections, since they work through the same dial-up technology. The providers make no claims to the actual speed of their "broadband" service, other than it's faster than normal dial-up. For more information on how this works, check out How High-Speed Dial-up Works.

WiFi access is another service offered by a few prepaid Internet providers. With prepaid WiFi, you can use some of your minutes surfing wirelessly from select WiFi hotspots. Generally, you pay more per minute for this service.

Now let's talk about what you should look for when choosing a prepaid Internet provider. 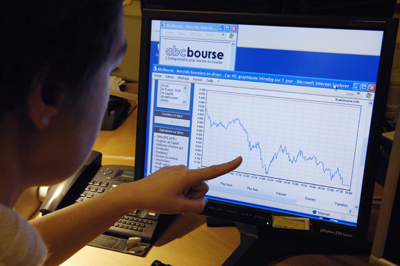 Corporate travelers can use prepaid Internet services to access sales reports and other documents while traveling.
©­ Stephane DE Sakutin/AFP/Getty Images

There are many prepaid Internet providers out there, so it's important to know your options. First of all, many prepaid Internet providers require you to download special software or run an installation CD before you can use their services. That's not a problem for a lot of people, but if you want to avoid having to access the Internet through a particular program, look for ISPs that allow you to simply configure your computer to dial into the service.

For convenience, you might want to look for a prepaid Internet provider that allows you to purchase plans and recharge accounts online. Most ISPs now offer this option, but there are a few that only sell plans through prepaid Internet cards sold mostly in convenience stores.

A prepaid Internet provider is only as reliable as its network. Look for ISPs that use established telephone networks with dependable reputations for high call quality and few instances of network downtime.

But mostly you need to look for a service that fits your particular needs. If you're a sales manager looking for cheap out-of-office Internet access for your sales team, then focus on corporate prepaid Internet providers. If you just need a reliable backup for your home broadband network, then find a card that lasts the longest time without expiring. If you vacation in an RV park with WiFi, see if the ISP offers prepaid Internet.

For lots more information on prepaid Internet, see the helpful links on the next page.

Could an Attack on Undersea Cables Take Down the Internet?
How the Wikipedia Scanner Works
Why does my Web browser display some book-marked sites with a custom icon?