The Price of Printer Ink 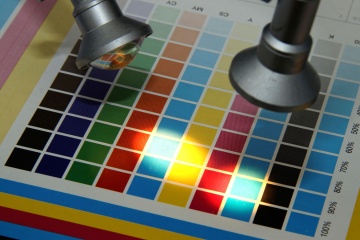 When you buy ink for your printer, part of what you’re paying for is the research that creates better ink.
© HasseChr/iStockphoto

In 2013, Consumer Reports found that inkjet ink costs anywhere from around $13 to around $75 per ounce (or $1,664 to $9,600 per gallon), in many cases more costly than expensive champagne or perfume. It's sometimes cited as the most expensive liquid on earth, but that's just not true. Scorpion venom apparently has that distinction, at more than $30 million per gallon [sources: Venom SA, The Wall Street Journal]. But since consumer ink isn't purchased by the gallon, these comparisons are a little dramatic. And part of your consumer dollar is going to developing the ink technology of tomorrow.

According to HP executives, much of the cost of print cartridges has to do with research and development costs. Around 2010, they reportedly spent roughly a billion dollars annually on ink R&D, and it takes several years to develop a new ink. The ink has to be chemically formulated to remain homogenous, withstand high heat and the pressure of being pushed through a tiny nozzle at high speed, stick to the paper and dry quickly [sources: Ilett, Mitchell, Wood].

Some of the ink, however, doesn't make it to the printed page, instead being used for maintenance like printer head cleaning after the printer has sat idle for a while. Consumer Reports found that some models even lost more than half their ink to maintenance, although others had much lower ink loss. They suggest keeping the printer on most of the time, since they don't use much energy and some printers go into a long maintenance mode every time the printer is turned on. They also suggest using the lowest resolution necessary for your purposes and avoiding printing a lot of large photos high-quality photos [source: Consumer Reports]. If you don't use your printer for a while, the ink can dry and gum up the nozzles, either resulting in bad prints or rendering the cartridges useless and requiring replacement, so turning off and on or otherwise occasionally instigating maintenance is advisable.

You can also save money over time by shopping around for the right printer. Printers that use a tri-color cartridge that includes all three colors (cyan, magenta and yellow) tend to have higher ink replacement costs and waste ink because you have to replace the whole color cartridge every time one color runs out. They either print badly or the printer stops working until the cartridge is replaced. A laser printer, especially a monochrome one, could save you money if it meets your purposes. Laser cartridges might be a bit more expensive at time of purchase, but they tend to print a lot more pages and might be cheaper over time. Since toner is powdered, and there are no nozzles, the cartridges can also sit for a long time and still function, and they don't use toner for cleaning and maintenance functions. Color toner can be quite expensive, though, so inkjet printers might still be the go-to choice for home printing if you want color printing capabilities.

The expense of printer ink has spawned businesses dedicated to refilling printer cartridges with ink, or selling lower cost third-party rebuilt cartridges. You can also buy kits to refill them yourself, which you generally do by making a hole in an existing ink cartridge, inserting the special printer ink with a syringe and plugging the hole. In some cases these actions void your printer's warranty. The quality of off-brand replacement ink also varies. The print heads and other hardware on cartridges can also wear out from overuse, so refilled cartridges can't be used forever — they'll have to be replaced eventually.

Printer manufacturers have taken various steps to make their cartridges the more likely purchase. Some printers have encrypted microchips and other embedded technology to recognize their own cartridges and prevent off-brand cartridges from working. Some printer companies have started selling more expensive printers with built-in refillable ink tanks that should save the consumer money in the long run. And HP has taken to offering a monthly cartridge replacement service that varies from $2.99 to $9.99 per month depending on your expected usage.