The Future of Printing 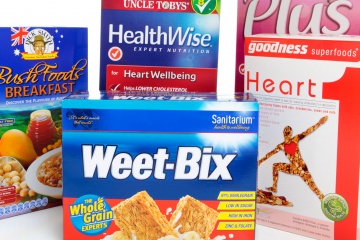 Even if the home printing market shrinks, we’ll still continue to rely on printed packaging in our everyday lives.
© lovleah/iStockphoto

It's a little hard to find data on the percentage of households that own printers these days, but they're a pretty common peripheral for use with home computers, and they were especially useful before we could easily transfer digital documents. Around 2002, printer manufacturers were reportedly selling about $19 billion a year in ink cartridges alone, if that's any indication of their past popularity [source: The Economist]. But there have been some signs of decline. According to an analyst at the Photizo Group market research firm in 2012, sales of multifunction inkjet printers in North America reportedly dropped by 12 percent, and the drop was expected to continue. The number of pages printed on home printers has also dropped 15 percent since 2009 [source: Wood].

This might be because ink on paper is becoming somewhat old fashioned. Individuals, companies and public entities are moving to digitized forms, reports and communications. We can show event tickets and airline boarding passes on our cell phones instead of receiving them by mail or printing them out at home. We can store and share documents and photos in the cloud or via email rather than having to send them to share physical copies. We can sign documents using e-signatures, pay bills and file taxes online, and have purchase receipts emailed to us. We increasingly read e-books on our phones, tablets, computers and even on e-readers that mimic the look of paper and ink with technologies like e-ink. And we can use GPS instead of printing maps for trips. If digitization trends continue, further decreases in printer use will likely follow.

Printing technologies are, however, leading to some exciting new innovation. Researchers are working on conductive inkjet ink to print circuits, sensors, antenna and other hardware components onto paper, textiles and more. Some are even looking into inkjet printing DNA onto a substrate for use in biomedical studies. And outside of the lab, 3-D printers allow us to effectively print solid three-dimensional objects using plastics and other materials. There are now even 3-D printers that print food.

And good old printing ink is unlikely to disappear anytime in the near future. Some of us like to receive paper bills and receipts and print out backups of documents for safekeeping in case our technology fails. And it will be a long time before we digitize product packaging.

I remember using a daisy-wheel printer back in high school and being terrified I was going to wake the entire house up anytime I had a late-night printing session for a paper due the next morning. Inkjet and laser printers were certainly a godsend for their speed and noise-level. They also allowed us to start adding fancy graphics and color to complement all our papers and reports.

But there are some hassles, like those late-night runs to the store for a cartridge. Yes, it's my fault for putting off printing until the wee hours of the morning and for not heeding the warning signs of a cartridge running low. Until recently, I also gravitated toward cheaper printers that were ink hogs. Researching this article reinforced the idea that it's wise to invest in a printer with lower per-page costs, whether inkjet, laser or any future printing technology.