How does satellite Internet operate?

How do you access the Internet other than dial-up if you live too far from a phone company office for DSL and there is no cable TV on your street? Satellite Internet access may be worth considering. It's ideal for rural Internet users who want broadband access. Satellite Internet does not use telephone lines or cable systems, but instead uses a satellite dish for two-way (upload and download) data communications. Upload speed is about one-tenth of the 500 kbps download speed. Cable and DSL have higher download speeds, but satellite systems are about 10 times faster than a normal modem.

Firms that offer or plan to offer two-way satellite Internet include StarBand, Pegasus Express, Teledesic and Tachyon. Tachyon service is available today in the United States, Western Europe and Mexico. Pegasus Express is the two-way version of DirecPC.

The key installation planning requirement is a clear view to the south, since the orbiting satellites are over the equator area. And, like satellite TV, trees and heavy rains can affect reception of the Internet signals.

Two-way satellite Internet uses Internet Protocol (IP) multicasting technology, which means up to 5,000 channels of communication can simultaneously be served by a single satellite. IP multicasting sends data from one point to many points (at the same time) by sending data in compressed format. Compression reduces the size of the data and the bandwidth. Usual dial-up land-based terrestrial systems have bandwidth limitations that prevent multicasting of this magnitude.

Some satellite-Internet service still requires you to have a dial-up or cable modem connection for the data you send to the Internet. The satellite data downlink is just like the usual terrestrial link, except the satellite transmits the data to your computer via the same dish that would allow you to receive a Pay-Per-View television program.

So, if you are in a rural area and you want broadband access to the Internet, satellite Internet may be for you! 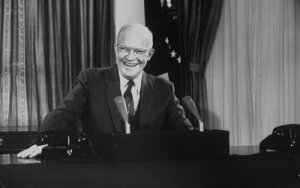 ­How did the Internet start?