Where Can I Buy a Raspberry Pi? 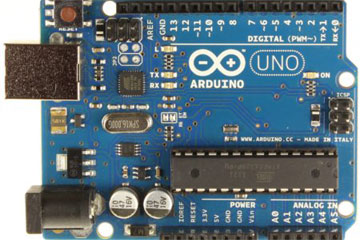 Shot of the Arduino Uno R3 for sale on Amazon, another board operating in a similar space to the Raspberry Pi
Image courtesy Amazon.com

The foundation originally intended to bring the device out in November 2011, but there were design and development delays, unexpected issues sourcing some of the required parts and a couple of manufacturing and distribution glitches. Manufacture of the initial batch was handled overseas, but two U.K.-based companies were picked to distribute the existing devices and to manufacture and sell future orders of the Raspberry Pi: RS Electronics and Element 14/Farnell.

A limited run of 10,000 Model B devices was made available for sale in late February 2012 (before manufacturing ultimately completed). They sold out immediately, and the heavy traffic brought down the retailer Web sites. These first devices were shipped from China to England by the end of March 2012, and shipping to the lucky buyers began on April 14, 2012.

One issue that caused a gap between device completion and shipping was a controversy over whether the Raspberry Pi needed the Conformité Européenne (CE) mark. This stamp is required on various products to allow legal sale within the European Union (EU). The foundation didn't think the certification was required because the group considered it an unfinished product like the BeagleBoard, the early version of which did not receive the CE mark, but the two distributors did. In any case, the device passed Electromagnetic Compatibility (EMC) testing and received the CE mark.

If you weren't fortunate enough to get in on the first batch, you can get on a waiting list with either of the manufacturers. The foundation is also considering implementing a give one, get one charity option like that of the One Laptop Per Child organization. There is no bulk discount planned, as the devices are already incredibly inexpensive.

When we wrote this, the retail cost really was $35 for the Model B and $25 for the Model A. But there are some other costs that bring the true price of the computer up, including potential customs fees, sales taxes, shipping, and the prices of peripherals and connection cables. But given the higher cost of all comparable devices, the fact that they also require similar peripherals, and the even higher cost of complete in-box home computer systems, the Raspberry Pi is still cheaper than the alternatives.