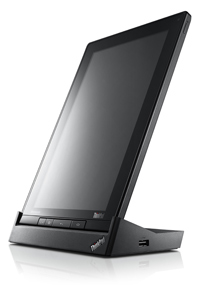 Designed to evoke the style of Lenovo’s ThinkPad laptops, this tablet is all business.
Courtesy Lenovo

PC-makers the world over are getting massive revenue headaches as they watch their sales numbers spiral into red oblivion. There may be a cure for the PC hangover, though, in the form of a tablet, and not the medicinal kind. Tablet computers are blazing a path to technological glory, with some experts expecting sales of nearly 120 million units in 2012 alone [source: Gartner]. That's due, in part, to products such as the Lenovo ThinkPad Tablet.

Although Apple's iPad has grabbed much of the tablet spotlight in recent years, plenty of other companies are vying to compete, often by tweaking their products for specific audiences. Lenovo is no different. The ThinkPad tablet is targeted specifically toward business and corporate users, which the China-based company says is a first in this product segment.

If you've ever used a tablet computer for anything more than casual Web browsing or typing, you know that their input systems often get tiresome and cumbersome. In addition, their small size and limited number of ports -- a weight-saving blessing -- actually becomes a hindrance in many more serious uses, such as data entry or data sharing.

With this in mind, Lenovo sought to entice tablet computer junkies who needed a tablet as a tool instead of a toy. And it looks the part. Instead of artful, smooth curves, this tablet has a sharper, more utilitarian appearance. Its internal design is different, too, and it's meant to be more durable and rugged than consumer-grade tablets. Software-wise, Google's Android 3.1 OS for tablets drives the guts of the ThinkPad tablet.

We'll show you how all of the parts come together into a slick, sturdy business machine. On the next page, check out the hardware that may make this product a solid choice for the corporate niche. 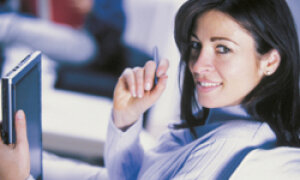 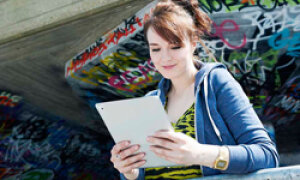