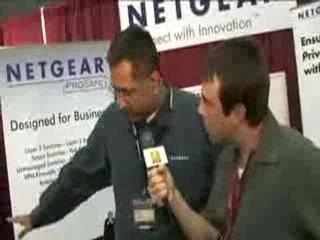 There are three kinds of virtual private networks (VPNs). The most common ones are remote access VPNs or virtual private dial-up networks (VPDNs). These are user-to-LAN connections used when employees of a company who are in remote locations need to connect to the company's private network. A company that wants to set up a remote-access VPN usually outsources to an ESP or enterprise service provider. The ESP sets up a NAS (network access server) and also provides remote users with the software they need for their computers. Then users simply dial the NAS using a toll-free number and access the network via their VPN client software. VPNs offer a good third-party service for encrypted, secure connections between remote users within a private network.

The other two types of VPN are both site-to-site, meaning that multiple fixed sites are connected over a public network (like the Internet). A site-to-site VPN requires large-scale encryption and dedicated equipment. An intranet (password-protected site for company employees)-based VPN connects LAN to LAN when a company wants to connect multiple remote connections in one private network. An extranet-based VPN connects LAN to LAN between multiple companies (such as customers and suppliers) so that they can work in a shared environment.

The benefits of an intranet VPN are that it is low-cost and offers a lot of services. With a remote access VPN, though, you do end up saving money because of the toll-free calls. An intranet VPN is best for remote offices within the same company, while a remote access VPN makes the most sense for a mobile employee within the company. An extranet VPN is the way to go if you want to be able to connect with people in other businesses.