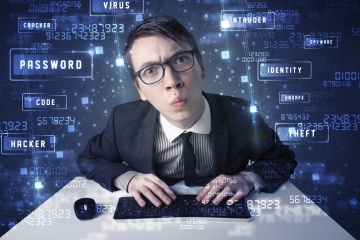 The Internet has become a land of incessant trolling and inflammatory comments, but be careful of how far you go because there could be repercussions.
ra2studio/Thinkstock

Doxxing, also spelled "doxing," refers to the practice of using the Internet to source out and collect someone's personal and private information and then publicly releasing that information online [source: S-W]. Derived from the word "documents," the term is an abbreviated version of "dropping dox," a method of revenge that dates back to the hacker culture of the early 1990s [sources: Goldman, Honan].

The Internet makes it easy to find publicly available information, such as landline phone numbers or mailing addresses, once you know a person's name, and white pages style directory sites have long replaced old-school phone books. But doxxing takes things much further than an innocent search for contact information. Doxxers often set out to tie an anonymous online profile to the true identity of the person behind it and then publicly reveal that person's real name, along with personal details ranging from home addresses and unlisted cell phone numbers to Social Security numbers, children's names or credit card information.

Like identity theft, doxxing usually requires a bit of unscrupulous investigation on the part of the person digging up the info, such as stalking the target's social media profiles looking for pets' names, maiden names or other clues that may be used to guess passwords or answer security questions. Unlike identity theft, however, the goal of doxxing is typically retribution, harassment or humiliation rather than financial gain. Of course, once the victim's personal details are publicly revealed, there's no telling what other Internet users may do with them.

Both private and public figures have been "doxxed" and, surprisingly, the practice is often completely legal, although it's widely frowned upon in established online communities like Reddit [sources: Honan, Pelisek, S-W]. In 2013, doxxing (both the word and the practice) gained mainstream exposure when celebrities including Beyoncé, Ashton Kutcher and even Hillary Clinton had closely guarded information such as their home addresses and cell phone numbers revealed online [source: Pelisek]. More recently, the word doxxing has been used -- sometimes controversially -- to describe the practices of investigative journalists who use techniques associated with doxxing to identify and research the targets of their reporting [sources: Goldman, S-W].

How Anonymous Works
Can the Government See Which Websites I Visit?
Is cyberwar coming?