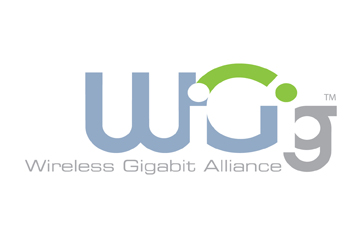 The advent of high-definition TV and other multimedia digital goodies is a double-edged sword. Consumers have more digital entertainment options than ever before, but at the expense of ever-increasing data transfer demands. HDTV, for example, requires speeds of around 3Gbps (gigabits per second), which generally means you need a fast wired network connection.

Why wires? Well, although wireless LAN technologies suffice for many applications, like Internet surfing, WiFi doesn't cut it for many HDTV or video streaming activities. Thus, most homeowners and businesses resort to wired networks, which results in a tangled mass of expensive cables.

In May 2009, a newly formed group called the Wireless Gigabit Alliance announced its intentions to create a new high-speed wireless standard called WiGig. WiGig is so new that its final specification won't be available until the end of 2009.

But we do know enough details to offer some tantalizing possibilities. WiGig will primarily be used within a single room to provide wireless connectivity between home entertainment equipment. It will enable very fast data transfers and blazing streaming media, in addition to wireless connections for cameras, laptops and more.

How fast is fast? Well, WiGig will be close to 10 times faster than WiFi, and it might be fast enough to let you transfer the contents of a 25GB Blu-ray disc in less than a minute. With afterburner-type speed like that, you can transfer data from an entire DVD in just 15 seconds. In other words, say goodbye to glitch-ridden streaming video clips and data transfers interrupted by agonizingly slow speeds.

Read on to find out more about this exciting networking technology and how it may transform your digital experiences. 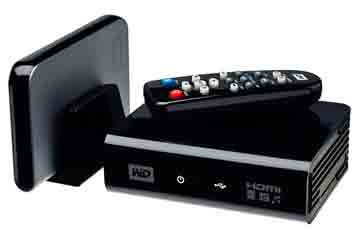 If WiGig works as promised, many set top boxes will swap wires for WiGig to distribute their content among various media devices.
Courtesy of Western Digital

Although WiGig's specifications aren't final, we do know quite a bit about how WiGig will work. And we do have a good idea of how manufacturers plan to exploit WiGig for their products.

WiGig could bring together a huge range of computing, entertainment and communications devices, including stereos, PCs, PDAs and much more. It may ease the delivery of video-on-demand and archived video through TVs, computers and other video-related products, too. WiGig may also be what many consumers need for gaming on HDTV or for zipping video from a wireless-capable camcorder to a TV or computer.

WiGig-capable products will operate at a frequency of 60GHz, an unlicensed band that's mostly unused by current technologies. The Alliance chose this band due to its availability and its potential for extremely fast data transfer rates. WiGig also has low latency, meaning it works with minimal delays, and won't cause lags and blips in your HD video or online games.

Signals in this band don't travel very far. Oxygen readily absorbs 60GHz signals and neutralizes them within a short distance of their source. Walls further restrict 60GHz signals. Both of these factors drastically limit WiGig's range. That means WiGig will be limited to a maximum of roughly 30 feet (about 9.1 meters), and beyond 15 feet (4.6 meters) or so there will be significant decreases in performance. That's actually a blessing for the kind of products that will be using WiGig, because it means your network won't conflict with your neighbor's or even the other WiGig setups you're using in your own home.

Of course, organizations introduce new technology standards all the time, only to watch their new high-tech tools die in their infancy due to lack of industry support. WiGig, however, may find a better fate. The standard has massive support from Alliance partners, including major corporate players such as Microsoft, Panasonic, Dell, Nokia and many others.

As we noted previously, WiGig signals aren't meant to travel a long distance. Instead, the signal works best within a single room, bouncing off the walls to reach its intended destination. Some homes may have layouts friendly to a WiGig signal, sending data into nearby rooms, but in most cases the signal will have a one-room range.

WiGig products will transfer data at a minimum speed of 1Gbps at 10 meters (32.8 feet), and theoretical maximum speeds will top out at around 6Gbps. Speeds will vary greatly by device. Handheld, battery-powered products will have lower transfer rates -- close to 1Gbps. Products powered through electrical outlets will have more oomph -- closer to the 6Gbps ceiling.

Final WiGig specifications will be ready sometime in 2009. Mark Grodzinsky, chairman of the marketing working group for the WiGig Alliance, said "When we launched the organization, we messaged that the specification would be completed by the end of the year, and we are still tracking well to that goal."

Once the Alliance puts the final touches on the WiGig specifications, manufacturers can begin creating WiGig products. Under ideal conditions, those manufacturers might be able to start making and selling those products sometime in 2010, although some experts say such a short timeline is overly optimistic.

In the meantime, WiGig backers will be keeping tabs on technologies that may compete or overlap with their developing standard. They'll be particularly interested in WirelessHD, WiMax, WHDi, (Wireless Home Digital Interface) and WiFi standards like 802.11AD and 802.11n.

WirelessHD is another 60GHz standard. This technology was specifically introduced to facilitate video transfer between TV set-top boxes and Blu-ray DVD players, and tops out at speeds of about 4Gbps. There are WirelessHD products available now, but they're not being marketed and pushed by the biggest tech companies.

WiMax is based on the 802.16 standard and for years has promised city-wide Internet access for both stationary and mobile customers. Despite the age of the technology, it's only now being rolled out in some cities. WiMax's biggest advantage is that it covers large geographical areas; in ideal circumstances its signal reaches a radius of 30 miles (48.3 kilometers). And at about 70Mbps, it's fast, but still not as fast as WiGig for heavy-duty multimedia tasks.

WHDi is a 5GHz specification created for the same purpose but uses technology similar to WiFi to perform its tasks; its speeds max out at about 3Gbps. Backers of WHDi say its whole-house range might integrate neatly with WiGig's shorter range and high bandwidth. Likewise, the 802.11 challengers may wind up as collaborators, too. Instead of competing with WiGig, upcoming products may come with WiFi capabilities to increase their distance, but include WiGig, too, for faster transfer when users are in close proximity to an access point.

So will WiGig be the next big innovation in wireless networking? It's too early to say for sure, but homeowners and businesses that depend on high-speed connections will be hoping WiGig can rescue them from their web of wires and help make their multimedia dreams a reality.

For more on wireless Internet technology and related topics, take a look at the links on the next page.