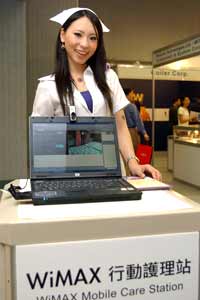 Think about how you access the Internet today. There are basically three different options:

The main problems with broadband access are that it is pretty expensive and it doesn't reach all areas. The main problem with WiFi access is that hot spots are very small, so coverage is sparse.

This system is actually coming into being right now, and it is called WiMAX. WiMAX is short for Worldwide Interoperability for Microwave Access, and it also goes by the IEEE name 802.16. ­

WiMAX has the potential to do to broadband Internet access what cell phones have done to phone access. In the same way that many people have given up their "land lines" in favor of cell phones, WiMAX could replace cable and DSL services, providing universal Internet access just about anywhere you go. WiMAX will also be as painless as WiFi -- turning your computer on will automatically connect you to the closest available WiMAX antenna.

In this article, we'll find out how WiMAX works, what engineers are doing to make it better and what it could mean for the future of wireless Internet.