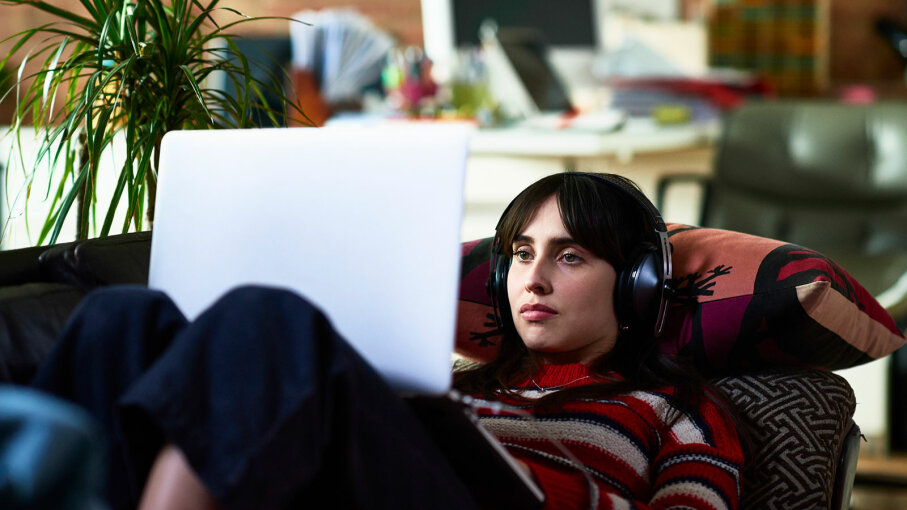 There are legitimate websites that stream movies and TV shows. But many streaming sites aren't exactly legal. 10'000 Hours/Getty Images

Everyone from Indiana Jones to Luke Skywalker agrees – if you really like their movies, you should pay to watch them. But these days, the web makes paying optional. Sure, the Internet helps studios share their works globally with a few mouse clicks. Yet it also enables digital pirates to spread copyrighted content all over the place, and none of that revenue is pocketed by the creators.

Illegitimate movie-sharing frequently happens in two ways. One, users download and install software that connects them to so-called torrent files, which let you download online material by pulling data from multiple computers hosting the same content. Two, a black-market site hosting the movie streams it on demand, much like a YouTube video.

These kinds of data sharing are sternly frowned upon by the MPAA (Motion Picture Association of America) and, of course, just about everyone involved in movie production. Whereas you might see these services as a convenient way to watch a movie, they view your actions as outright theft, to the tune of nearly $250 billion a year [source: Freakanomics].

In legal terms, streaming sites are a strange beast. If you're caught illegally streaming movie, you could face a fine of $750 or more, USA Today reported in 2019. It's considered a misdemeanor offence. What's more, the people who actually operate the streaming sites themselves sometimes wind up in hot water and charged with multiple serious crimes.

Illicit movie-streaming sites also present other dangers. They sometimes host malware, may attempt to steal personal information or will flood your screen with annoying ads. We'll show you how to spot sketchy movie sites. 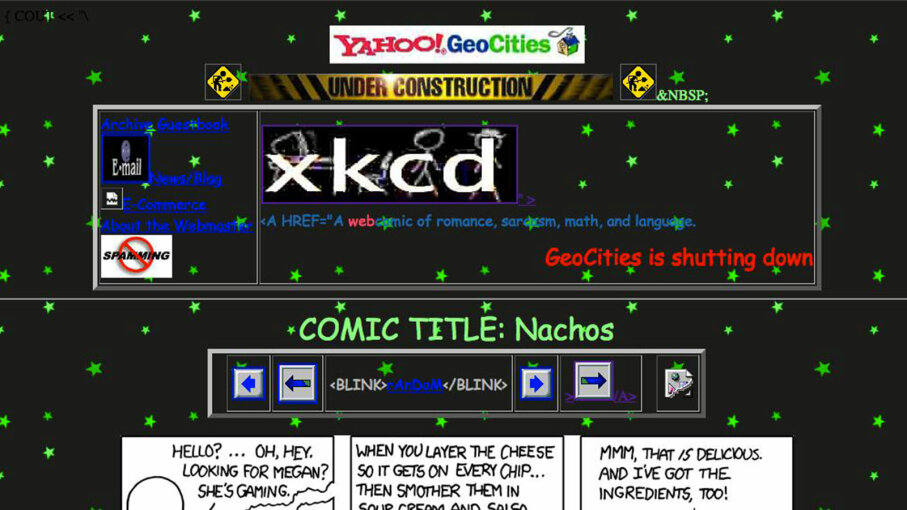 A cluttered old-school looking website design can be a clue that a streaming sevice is not legit. secretlondon123/flckr/CC BY-SA 2.0

Illegal file-sharers don't typically spend a lot of time designing their websites. Compared to a legitimate business site, theirs often suffer from a lot of rather basic and easy-to-spot errors.

Keep your eyes open for clear giveaways like these. The pages are filled with grammatical and spelling mistakes. Graphics are missing, improperly placed or totally out of context with the rest of the material. Fonts are ugly, weird, inconsistent or unreadable.

In short, the site looks and feels fishy and unprofessional – and maybe just a little illegal.

An Explosion of Ads

Many illegal sites don't charge users anything at all for free movie streaming. That's because they don't make their money from their streaming service. Instead, they make their cash through ads. Many, many, many ads.

Some sites don't make any attempt whatsoever to hide their blatant ad-based revenue scheme. They pile on pop-up and pop-under ads by the dozen, or spread huge, flashing banner graphics all over the page. Each time a visitor clicks one of those ads, the site operator receives a bit of revenue.

So when you stumble upon a site that seems to be more about obnoxious, cheesy commercialism than professional streaming, you can bet that it's not legit.

They Have Listings Still in the Theaters 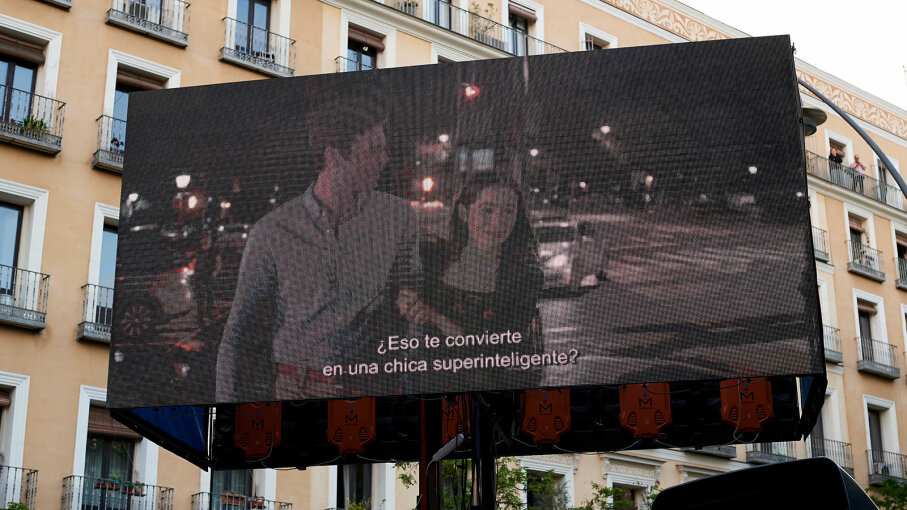 An Amazon Prime Video truck with a double giant screen projects its TV show "Modern Love" in Madrid. A streaming service may sometimes show a movie in a theater but it's very rare for a major studio to make a movie available for streaming if it's still in theaters. Carlos Alvarez/Getty Images

Sometimes you can instantly spot the thieves simply by browsing the movies they're offering. When it comes to ambitious pirating sites, this is one of the most obvious giveaways, for a couple of reasons.

Pirate sites compete not only against law enforcement but against each other. In order to entice as many viewers as possible, they offer up the freshest blockbusters.

Major studios seldom allow websites to stream movies that are still in theaters (though that practice could be changing). So, if you see streaming titles that are still showing at your local matinee, you can bet that the site is more than a little shady. A few legit streaming sites, such as Netflix, will release a movie it has produced in the theaters at the same time as on its streaming platform, but in those cases, there wouldn't be a copyright infringement.

You're Playing the Link Shell Game

You could call it the Case of the Missing Link. It's the endless shell game that you play when you're trying to stream a show and you can't seem to find a link that actually plays the movie.

This game usually doesn't end well. At best, you'll endlessly click links that don't seem to go anywhere, you'll inadvertently click advertisements for suspicious products or you'll wind up stuck in a loop of sites that point to each other in the hopes that you'll share personal information or generate revenue by clicking the aggravating ads.

The 'About Us' Has Disclaimers

If you've never heard of a particular streaming site, do a bit of sleuthing. All official sites have information pages that explain how their service works. Illicit sites are quite different.

Look for an "About Us" or "Help" link that further explains who made the site and how they back up their service. If the site says explicitly that it doesn't actually host any material and lists a disclaimer stating that it "merely" links to movies elsewhere on the web, you can bet that it's not a legitimate business.

Read the fine print and you may see some eye-opening statements that would enrage any Hollywood investor. A lot of illegitimate sites actually boast about their illegal streams. Those are the kinds of sites you'll want to avoid.

The Domain Address Is Weird

Illegal sites, by definition, are digital counterfeits. They aren't Rolex, but they often want to make you believe that they're the real deal, plated in gold and silver, when actually they're just cheap knockoffs.

The name might be your first clue that you're dealing with imposters. Check the domain name that appears in the address line of your browser. Many illicit sites (of all kinds) are hosted in far-flung or obscure locations and thus may not have a typical .com name that denotes so much of the web's more credible traffic.

What's more, the full name of the site might give you pause. If a site name likeWeHazMoviez4Freez.biz, for example, doesn't make you think twice about its legality, you may need to sharpen your Internet scam-detecting skills before doing more surfing.

Your Browser Freaks Out 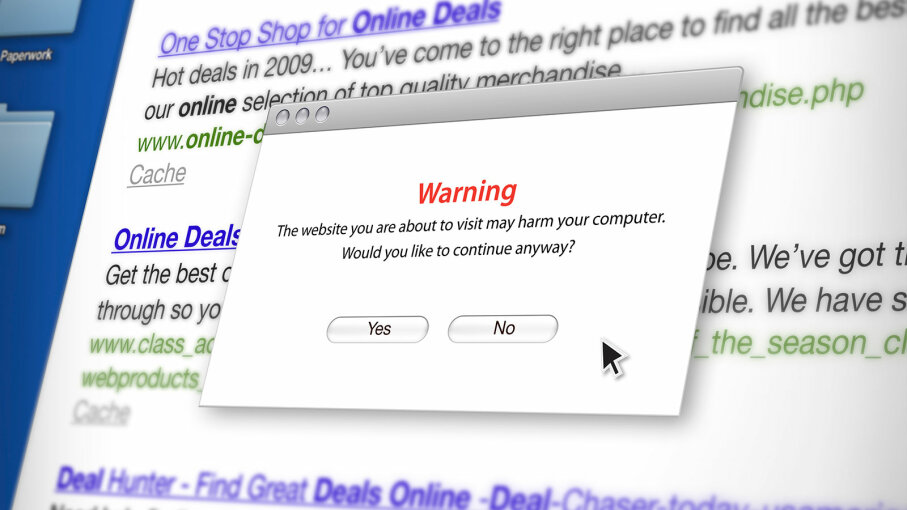 Your computer is trying to protect you from malware! Take the warning seriously. Spiffy J/Getty Images

Web browser designers are constantly updating the security features of their software. To that end, many browsers display a can't-miss warning if you try to load a questionable site.

If a site is deemed insecure, either due to its illegal material or because it hosts potentially damaging malware, your browser halts the loading process and shows a warning. In most cases, you'll have the option of reversing course, or, at your own peril, plunging ahead into dangerous digital waters.

You can be sure that legal, above-board sites rarely trigger such messages. Don't rely on a browser's warning system alone to protect you, though. Prevent egregious user errors (that is, blindly clicking away at weird links) by avoiding questionable sites whenever possible.

Let's say you find a site with a tantalizing selection of great, new movies. You excitedly click a title to play the movie, and instead of the opening credits, you see a pop-up indicating that you need to download special video playback software.

Downloading and installing software from an unknown source is perhaps the single biggest security mistake you can commit. According to the Federal Trade Commission, doing so can open a virtual Pandora's Box. Your computer may be crippled by a virus. Your personal information, including credit card and bank account numbers, could be stolen.

When necessary, legitimate services will offer adequate explanations and alerts before they ask you to install a program. Illegal sites, however, merely try to convince you to click through a download process as quickly as possible. Avoid such sites altogether and you and your computer will be much safer.

The Emphasis is on 'Free!' 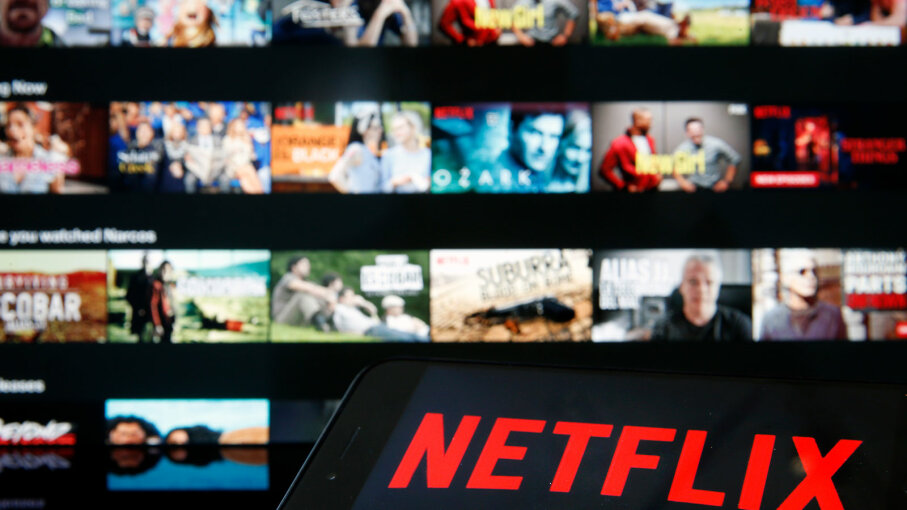 The Netflix logo is displayed on the screen of an iPhone in front of a TV screen of Netflix offerings on March 28, 2020 in Paris. Netflix is a streaming movie service supported by paid subscribers. Chesnot/Getty Images

Operators of illegal sites often couldn't care less if you pay for their so-called services. Their primary goal is to get you to click the ads or to download iffy software from their servers. That's why they use huge fonts and flashing graphics to emphasize the word "free."

Free, of course, is a trigger word that sends many consumers into a mouth-frothing frenzy. Click a few links for a free movie? Why not? Oh, I have to click on a bizarre graphic for Indonesian cheesecake first? No problem!

That's exactly the mentality that illicit site owners hope you'll follow. Legit sites, on the other hand, lure users with a few streams but hold the good stuff closer to their vests, hoping you'll ante up for a subscription or at least a one-time fee for the right to play their content.

Keep in mind, there are some legitimate sites that offer free content, such as Pluto TV, Tubi, and Crackle, but you may have to watch commercials. Others (like Kanopy) require a library card or a college .edu email address to watch. And you can usually watch the biggies like Netflix, Hulu and Amazon Prime for the first 30 days for free. Just remember to cancel your subscription before your time is up to avoid charges.

Many legitimate devices, like Roku or Fire TV, connect to your TV and help you access legal streaming services online. But you can also find for sale hacked versions of these devices. Sometimes they're called "jailbroken" devices or "Kodi boxes." Only they don't access legal material – instead, once you connect them to the Internet, they stream content from, you guessed it, illegal repositories.

The idea is that even though you have to pay money for the jailbroken device, you'll save money because you're not paying for streaming services.

The downside (aside from the obvious legal and ethical ones) is that by using these illegal devices, you're giving hackers a wide-open opportunity to access your home network. Then, they can steal all sorts of personal information and generally wreak havoc. In short, the trade-off isn't worth it.

As bandwidth speeds increase and mobile devices become more adept at playing high-resolution video, you're seeing more and more options for video streaming all over the internet. By avoiding illegal streaming sites and devices, you'll dodge scams and security problems galore, access higher-quality content and know that you're paying for the content you use. 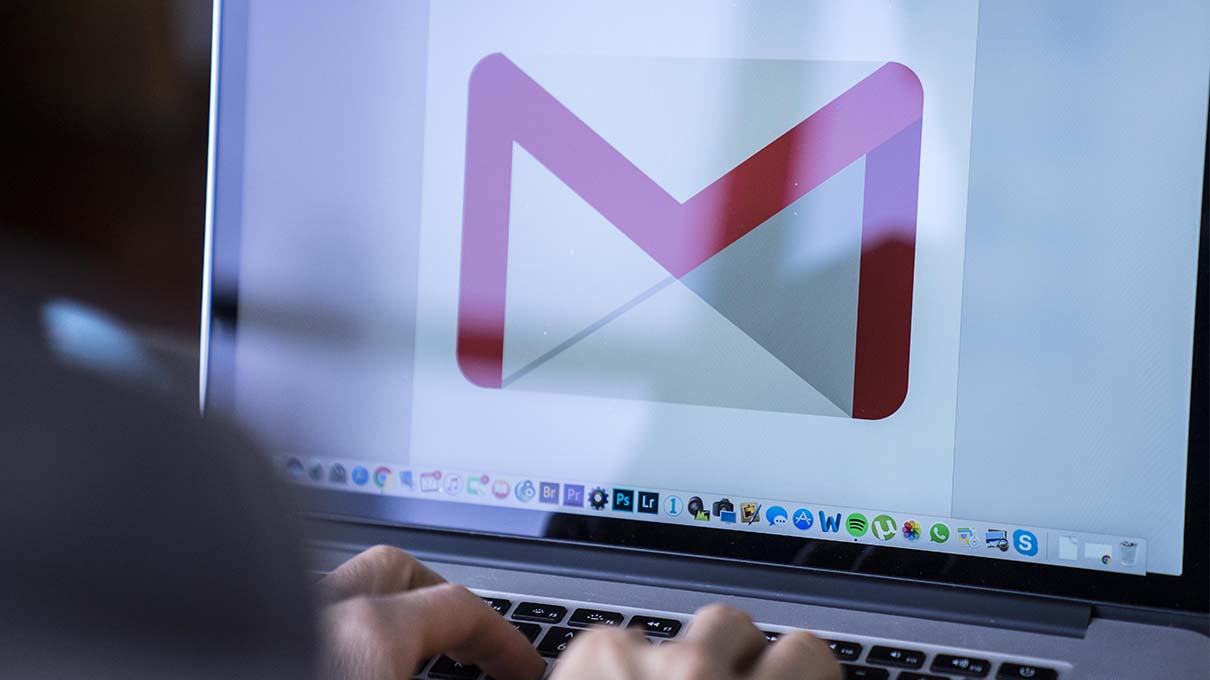