5 Everyday Things You Can Do to Keep Your Computer Healthy

by Jacob Clifton
Prev NEXT
3 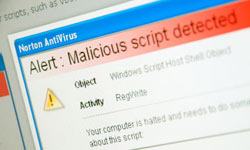 A good antivirus program will update frequently so it keeps the most current information on potential threats.
©iStockphoto.com/Rob Broek

There are three utilities you should get to know, even if that's as far as you want to go with the man behind the curtain: defragmentation, disk checks and an antivirus program. Most of the free antivirus software we'll be looking at comes bundled with analogues of the other two -- as well as a version of the very helpful task scheduler we'll talk about later -- so we'll focus there, but here are some definitions for the layman. What these terms refer to is the wilderness of digital energy inside your computer's memory drives, which are naturally a lot less tidy than you might expect.

Defrag. Whenever you change, move, copy or delete a file, your computer usually does the minimum work necessary to give you the desired result. That means bits and pieces of files are left around in the empty spaces, not useful but also not gone, meaning your "free" space isn't technically free. A defrag utility will go hunting through the wilds of your free space, collecting those random shadows and getting rid of them for good. This frees up space your computer didn't even know it had, as well as speeding up the machine by pushing all the data that still matters into a more compact area of the disk so that your CPU doesn't have to hunt around for the various pieces of stuff you still care about, mixed in with the trash.

Immensely satisfying, whether you -- like me -- simply prefer things clean and elegant, are paranoid about leftover data, or just want to make everyday tasks easier and faster for your machine. (You will have to clear out at least 15 percent of the space on the drive before it can work, so if your problem is an over-full memory, you'll need to delete some stuff before it can give you the extra space.)

Chkdsk. Hand-in-hand with the defrag utility is this holdover from the early DOS days. It's a brute-force way of checking disks for errors, and it's the kind of thing you don't think about until about five minutes too late. If you don't use a sector of the disk -- or it's been left to the shadows, as above -- you might never know it's troubled until the computer tries to save something there. That's why Defrag usually includes or requires Chkdsk before it starts sorting through your leftovers. Just remember that a disk check requires exclusive access to the volume (For example, "C:" drive) before it starts, so you might have to go play on your phone or tablet for a while.

Antivirus. Of course, we all get into trouble. Even if we're not doing anything particularly shady or questionable, viruses get in: That's what they're made for. You need a solid watchdog program, but you'll also want something you can use for analysis when you're feeling suspicious or nervous about the way something's acting. We judge antivirus software by three things: how much malware and viruses a program can detect, how good it is at getting them out of there without a trace or secondary issues, and how much memory and power they take up.

There are some great free programs on the market that excel in all three areas. The most popular ones are self-updating, meaning they're always learning new red-flags and ways of locating and immunizing against threats, they include utilities like those listed above so you can clean house all from one location (very satisfying), and they include task schedulers that can make all of these things happen while you're asleep!