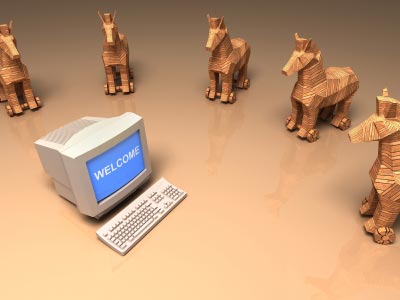 Trojan horse viruses can put your computer at risk and cause your system to slow down or crash. How are they let inside? See more computer pictures.
Andrey Volodin/iStockphoto.com

One of the most enduring stories of the Trojan War, the most important conflict in Greek mythology, is the tale of the Trojan horse. Trying to find a way into the city of Troy, the great warrior Odysseus ordered his men to build a massive wooden horse, one big enough for several Greek soldiers to fit in. Once the structure was finished, he and several other warriors climbed inside, while the rest of the Greeks sailed away from Troy. One man named Sinon, however, stayed behind in order to deceive the Trojans, convincing them that his fellow Greeks had betrayed him and fled from the city. The wooden horse, he told the Trojans, was safe and would bring them luck.

After some discussion over the matter, the Trojans agreed to wheel the horse through their gates, unknowingly giving the Greek enemy access to the city. After proclaiming victory and partying all night, the citizens of Troy went to sleep -- it was then that Odysseus and his men crept out of the Trojan horse and wreaked havoc on the city.

­Although you've probably heard of the Trojan horse from Greek mythology, chances are you've also heard of Trojan horses in reference to computers. Trojan horses are common but dangerous programs that hide within other seemingly harmless programs. They work the same way the ancient Trojan horse did: Once they're installed, the program will infect other files throughout your system and potentially wreak havoc on your computer. They can even send important information from your computer over the Internet to the developer of the virus. The developer can then essentially control your computer, slowing your system's activity or causing your machine to crash.

Protecting Yourself from Trojan Horses 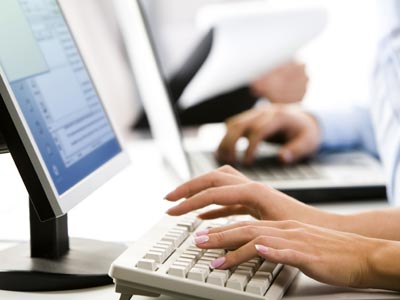 What would Laocoon and Cassandra have done? The two Trojans who warned their people against the suspicious wooden horse probably identify any suspicious e-mail attachment and then get rid of them.
Dmitriy Shironosov/iStockphoto.com

So how do Trojan horses infect ­computers? Believe it or not, you have to do some of the work yourself. In order for a Trojan to infect your machine, you have to install the server side of the application. This is normally done by social engineering -- the author of the Trojan horse has to convince you to download the application. Alternately, he or she might send the program to you in an e-mail message hoping you execute it. Again, this is why it is called a Trojan horse -- you have to consciously or unconsciously run the .exe file to install the program -- it doesn't propagate on its own like a virus (see How Computer Viruses Work for a description of Trojans and viruses). Once you execute the program, the Trojan server is installed and will start running automatically every time you power up your computer.

The most common way Trojan horses spread is through e-mail attachments. The developers of these applications typically use spamming techniques to send out hundreds or even thousands of e-mails to unsuspecting people; those who open the messages and download the attachment end up having their systems infected.

Sometimes, it's not even a person manually spreading malware -- it's possible for your own computer to do so, if it's been infected already. Crackers -- hackers who use their computer skills to create mischief or cause damage intentionally -- can send out Trojans that turn innocent Web surfer's computers into zombie computers, so-called because the person with the infected computer rarely knows his system is under control. Crackers then use these zombie computers to send out more viruses, eventually creating networks of zombie computers known as botnets.

There are several things you can do to protect yourself from Trojan horses. The easiest thing to do is to never open any e-mails or download any attachments from unknown senders. Simply deleting these messages will take care of the situation. Installing antivirus software will also scan every file you download (even if it's from someone you know) and protect you from anything malicious. If you ever find your computer has been infected with a Trojan, you should disconnect your Internet connection and remove the files in question with an antivirus program or by reinstalling your operating system. You can call your computer's manufacturer, your local computer store or a knowledgeable friend if you need help.

For lots more information on computer viruses and computer security, see the next page.

How Anonymous Works
Can the Government See Which Websites I Visit?
Is cyberwar coming?