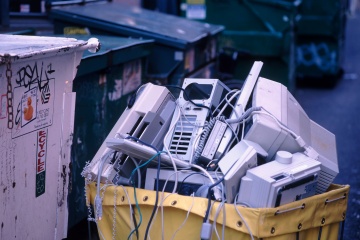 The trick to playing an abandonware title may be finding the hardware (or a software simulator) to play it.
© Gabe Palmer/CORBIS

Despite the legal quagmires, lots of sites host abandonware that people download and play. Many post strict rules and attempt to only carry titles that are not available through legitimate means.

As of early 2015, The Official Abandonware Ring (one of the first abandonware-related sites) lists, rates and links to more than 70 websites that host abandonware. Some abandonware sites include Abandonia (now owned by Abovo Media), the Classic Gaming Network and Home of the Underdogs. The latter is dedicated to PC games that were underrated in their time, with some abandonware available on the site and some links to purchase sites for games that are still available commercially.

You can also find abandonware scattered about the Internet on various websites and newsgroups, although as with anything available for free online, you do run the risk of downloading software infected with malware.

Getting games from original media, especially when the hardware that played the media was proprietary, takes programming skills and sometimes special software or hardware. Some games are ripped from the read-only memory (ROM) of old 1970s and '80s game cartridges and converted to binary so that they can be distributed digitally. These game files will often be called ROMs. You will also hear a lot of old floppy-disk and other DOS games referred to as ROMs. Other games are ripped from CD-ROMS (which took off in the 1990s), and these are often called ISOs.

To run the games available on most abandonware sites, you usually need not only the game software, but an emulator or other secondary applications to run out-of-date software, and possibly a license key (sometimes provided by the abandonware site). An emulator is software that mimics the hardware of another machine so that older software can be run on a modern and otherwise incompatible computer.

Hardware emulators exist for various old consoles and computer systems that aren't produced anymore, including DOSBox, VDMSound and Boxer for DOS programs, MAME for arcade games, Stella for Atari 2600, Snes9x for Super Nintendo, Kega Fusion for Sega Genesis, Vice for Commodore 64, ScummVM for old LucasArts games (which were created with the Scumm language) and many more. There are even some emulators for mobile operating systems, but for the iPhone it might require jailbreaking.

You can also find Flash-based recreations or games streamed through browser-based emulators online at various sites. Nesbox is a web-based emulator that lets users upload and play games for NES and Sega systems directly in a browser.

There are even some downright scholarly methods of experiencing older games, as well. "Videotopia" is a collection of playable arcade and home games, hardware and related elements designed to show the evolution of games and computer technology, curated by The Electronics Conservancy. It travels to various museums and science centers. But this means a limited number of people will be able to see it and experience the games.

Another is designed to reach a much wider audience. The Internet Archive is a non-profit organization that collects cultural artifacts and makes them available online as part of their giant digital library for the purposes of preservation and study, including lots and lots of video games. At the time of this writing, they have thousands of games, including hundreds of arcade games and more than 2,600 MS-DOS games that can be played directly online using their own browser-based emulator called EM-DOSBOX.