One of the most common uses of Flash memory is for the basic input/output system of your computer, commonly known as the BIOS (pronounced "bye-ose"). On virtually every computer available, the BIOS makes sure all the other chips, hard drives, ports and CPU function together.

Every desktop and laptop computer in common use today contains a microprocessor as its central processing unit. The microprocessor is the hardware component. To get its work done, the microprocessor executes a set of instructions known as software (see How Microprocessors Work for details). You are probably very familiar with two different types of software:

­It turns out that the BIOS is the third type of software your computer needs to operate successfully. In this article, you'll learn all about BIOS -- what it does, how to configure it and what to do if your BIOS needs updating.

The BIOS is special software that interfaces the major hardware components of your computer with the operating system. It is usually stored on a Flash memory chip on the motherboard, but sometimes the chip is another type of ROM.

When you turn on your computer, the BIOS does several things. This is its usual sequence:

The first thing the BIOS does is check the information stored in a tiny (64 bytes) amount of RAM located on a complementary metal oxide semiconductor (CMOS) chip. The CMOS Setup provides detailed information particular to your system and can be altered as your system changes. The BIOS uses this information to modify or supplement its default programming as needed. We will talk more about these settings later.

Interrupt handlers are small pieces of software that act as translators between the hardware components and the operating system. For example, when you press a key on your keyboard, the signal is sent to the keyboard interrupt handler, which tells the CPU what it is and passes it on to the operating system. The device drivers are other pieces of software that identify the base hardware components such as keyboard, mouse, hard drive and floppy drive. Since the BIOS is constantly intercepting signals to and from the hardware, it is usually copied, or shadowed, into RAM to run faster.

Whenever you turn on your computer, the first thing you see is the BIOS software doing its thing. On many machines, the BIOS displays text describing things like the amount of memory installed in your computer, the type of hard disk and so on. It turns out that, during this boot sequence, the BIOS is doing a remarkable amount of work to get your computer ready to run. This section briefly describes some of those activities for a typical PC.

After checking the CMOS Setup and loading the interrupt handlers, the BIOS determines whether the video card is operational. Most video cards have a miniature BIOS of their own that initializes the memory and graphics processor on the card. If they do not, there is usually video driver information on another ROM on the motherboard that the BIOS can load.

Next, the BIOS checks to see if this is a cold boot or a reboot. It does this by checking the value at memory address 0000:0472. A value of 1234h indicates a reboot, and the BIOS skips the rest of POST. Anything else is considered a cold boot.

If it is a cold boot, the BIOS verifies RAM by performing a read/write test of each memory address. It checks the PS/2 ports or USB ports for a keyboard and a mouse. It looks for a peripheral component interconnect (PCI) bus and, if it finds one, checks all the PCI cards. If the BIOS finds any errors during the POST, it will notify you by a series of beeps or a text message displayed on the screen. An error at this point is almost always a hardware problem.

The BIOS then displays some details about your system. This typically includes information about:

Any special drivers, such as the ones for small computer system interface (SCSI) adapters, are loaded from the adapter, and the BIOS displays the information. The BIOS then looks at the sequence of storage devices identified as boot devices in the CMOS Setup. "Boot" is short for "bootstrap," as in the old phrase, "Lift yourself up by your bootstraps." Boot refers to the process of launching the operating system. The BIOS will try to initiate the boot sequence from the first device. If the BIOS does not find a device, it will try the next device in the list. If it does not find the proper files on a device, the startup process will halt. If you have ever left a disk  when you restarted your computer, you have probably seen this message.

The BIOS has tried to boot the computer off of the disk left in the drive. Since it did not find the correct system files, it could not continue. Of course, this is an easy fix. Simply pop out the disk and press a key to continue.

In the previous list, you saw that the BIOS checks the CMOS Setup for custom settings. Here's what you do to change those settings.

To enter the CMOS Setup, you must press a certain key or combination of keys during the initial startup sequence. Most systems use "Esc," "Del," "F1," "F2," "Ctrl-Esc" or "Ctrl-Alt-Esc" to enter setup. There is usually a line of text at the bottom of the display that tells you "Press ___ to Enter Setup."

Once you have entered setup, you will see a set of text screens with a number of options. Some of these are standard, while others vary according to the BIOS manufacturer. Common options include:

Be very careful when making changes to setup. Incorrect settings may keep your computer from booting. When you are finished with your changes, you should choose "Save Changes" and exit. The BIOS will then restart your computer so that the new settings take effect.

The BIOS uses CMOS technology to save any changes made to the computer's settings. With this technology, a small lithium or Ni-Cad battery can supply enough power to keep the data for years. In fact, some of the newer chips have a 10-year, tiny lithium battery built right into the CMOS chip!

Occasionally, a computer will need to have its BIOS updated. This is especially true of older machines. As new devices and standards arise, the BIOS needs to change in order to understand the new hardware. Since the BIOS is stored in some form of ROM, changing it is a bit harder than upgrading most other types of software.

To change the BIOS itself, you'll probably need a special program from the computer or BIOS manufacturer. Look at the BIOS revision and date information displayed on system startup or check with your computer manufacturer to find out what type of BIOS you have. Then go to the BIOS manufacturer's Web site to see if an upgrade is available. Download the upgrade and the utility program needed to install it. Sometimes the utility and update are combined in a single file to download. Copy the program, along with the BIOS update, onto a floppy disk. Restart your computer with the floppy disk in the drive, and the program erases the old BIOS and writes the new one. You can find a BIOS Wizard that will check your BIOS at BIOS Upgrades.

For more information on BIOS and related topics, check out the links on the next page. 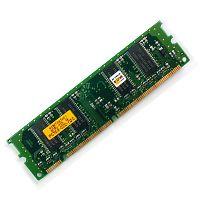