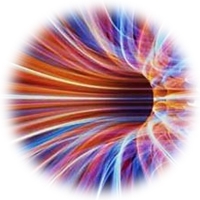 There are lots of variations in DSL technology -- many of them address DSL's distance limitations in one way or another. Other types of DSL include:

With DSL's distance limitation and lower availability, what are some other options? There are two major alternatives to DSL -- cable and wireless.

Cable and DSL are the two big rivals in the world of broadband. Cable isn't limited by distance like DSL -- cable wires reach most neighborhoods, and signal strengths don't weaken over long distances. While DSL allows you to use the telephone and Internet simultaneously, cable lets users watch television and surf the Internet at the same time. Many cable companies are also beginning to bundle services with cable TV, Internet and digital telephone on one bill. Although cable and DSL speeds are about the same, the one disadvantage with cable is bandwidth -- connection speeds can slow down if too many people are using a cable service at the same time.

A new technology, known as WiMax or 802.16, looks to combine the benefits of broadband and wireless. WiMax will provide high-speed wireless Internet over very long distances and will most likely provide access to large areas such as cities. WiMax technology will be available in most American cities in 2008.

To learn more about DSL and other topics, read on to the next page.