The Benefits of Fiber to the Home Broadband Connections 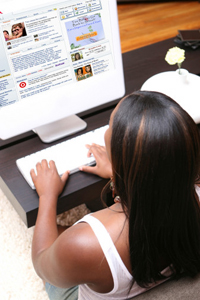 More than 10 million homes worldwide already have fiber-to-the-home broadband connections because the technology holds many advantages over current technologies.

Experts at the FTTH Council say fiber-to-the-home connections are the only technology with enough bandwidth to handle projected consumer demands during the next decade reliably and cost effectively. The technology is already, affordable, as businesses around the world are demonstrating by getting into the business as they speculate on consumer demand.

Fiber has a virtually unlimited bandwidth coupled with a long reach, making it "future safe," or a standard medium that will be in place for a long time to come [source: ICT Regulation Toolkit].

The greatly enhanced bandwidth, however, costs about the same as current technologies. According to the FTTH Council, cable companies spent about $84 billion to wire households a decade ago, but it costs even less in today's dollars to wire those houses with FTTH technology.

FTTH will be able to handle even the futuristic Internet uses some experts see coming. Technologies such as 3D holographic high definition television and games will someday be everyday items in households around the world. FTTH will be able to handle the estimated 30-gigabyte-per-second needs of such equipment. Current technologies can't come close.

The FTTH broadband connection will spark the creation of products not yet dreamed of as they open new possibilities for data transmission rate. Using the past as a guide, think what items that now seem commonplace were not even on the drawing board five or 10 years ago. FTTH broadband connections will inspire new products and services and could open entire new sectors in the business world, experts at the FTTH Council say.

FTTH broadband connections also will allow consumers to "bundle" their communications services. For instance, a consumer could receive telephone, video, audio, television and just about any other kind of digital data stream using a simple FTTH broadband connection. Such an arrangement would be more cost effective and simpler than receiving those services via different lines, as is often the case today.

What is the technology that makes FTTH broadband connections possible? Read on to find out.