What is the future of the Internet?

The Internet and Human Intelligence 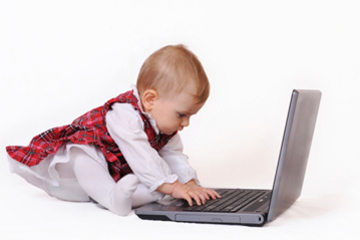 Could the Internet change the way we think?
iStockphoto/Thinkstock

Nicholas Carr wrote an article titled "Is Google making us stupid?" In it, Carr said he had noticed that as his reliance on the Internet for research and entertainment increased, other faculties seemed to atrophy. One of those was his concentration or focus. He hypothesized that because the way you navigate the Internet in general -- and the World Wide Web in particular -- you're always leaping from one piece of information to another [source: The Atlantic].

Could the Internet affect the way humans think? On the one hand, we have unprecedented access to an enormous library of information. Answers to questions ranging from "What is the Big Bang theory?" to "How long should I let dough rise?" are just a couple of clicks away. But does that information come at the cost of our own ability to think?

There does seem to be a correlation to the way we record and access information and the way we think. As we develop systems that allow us to save our knowledge for posterity, we unload that burden onto an inanimate object. That doesn't necessarily mean we become less intelligent.

Not everyone agrees with Carr's hypothesis. The Pew Research Center performs a survey each year about the future of the Internet. The research group polls a group of experts and industry analysts on a series of questions. For the 2010 report, one of the questions asked the respondents if they thought Carr was right about Google -- and the Internet in general -- making us stupid. Eighty-one percent of the experts disagreed.

But it's true that access to information doesn't equate to intelligence. You might be able to look up a fact, but that doesn't mean you understand what the fact means or its context. The Internet is a tool that we can use to help us learn -- it doesn't replace learning itself.

Optimists hope that the Internet will teach us about ourselves. The reach of the Internet is creeping into countries and cultures that have been segregated from the rest of the world. Some hope the Internet will provide the common ground that allows various people to learn and understand each other, possibly bringing about an era of peace and cooperation.

Ultimately, the Internet could begin to erase traditional boundaries between countries and cultures. But that sort of global change isn't trivial. It might take decades before we see a noticeable difference in the way we think of one another. Cynics may think even a tool as useful and pervasive as the Internet won't overcome the hurdles we face in becoming a united world.

Learn more about the Internet by following the links below.