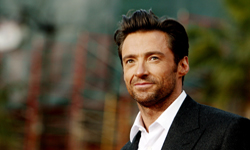 Aussie actor Hugh Jackman is best known for being a great song and dance man and for shredding his co-stars to pieces as Wolverine in the X-Men movie franchise. In April 2009, Jackman was in the news for a different reason -- he was exposed as one of the celebrities to employ a ghost Twitterer. It seems that one of his employees was responsible for a message that referred to Sydney Australia's famous Opera House as the "Opera Centre." This blatant error forced Jackman to reveal the truth that he was not the one sending messages to fans. In Jackman's defense, he did apologize and came clean and claimed that the message was from his mouth, but lost in translation over the phone to his employee.