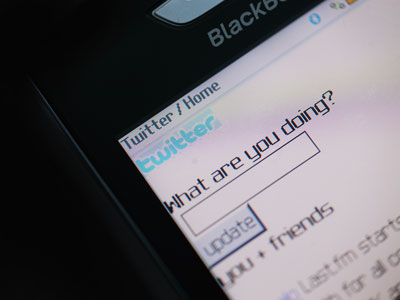 Popular Web Sites Image Gallery Should you answer this question while you're on the job? See more pictures of popular web sites.
Dan Kitwood/Getty Images

You're sitting at your cubicle and you need to take a break from the spreadsheet you've been staring at for the past hour. So you decide to log on to Facebook for a little diversion. As you're reading the latest status update from the kid who sat next to you in math class in the fifth grade, a shadow falls across your desk. It's your boss, and he's looming over you with his eyes locked on your computer screen. Do you quickly minimize the page and sheepishly mumble "sorry"? Or, could you make a solid case to him that by viewing your Facebook page, you're actually increasing your productivity in the workplace?

It seems counterintuitive, right? How could sites that take you away from the task at hand make you more productive? Researchers credit social networking sites with giving workers needed brain breathers. When you take a couple of minutes to check up on the people and organizations you follow on Twitter, your mind gets a break from writing that tedious annual report. Additionally, it seems that people who are more social by nature and are connected to a variety of people through social networking sites are better people-persons in the workplace, which means they're skilled at interacting with others and solving problems. Social networking can also help companies track consumer trends and explore marketing strategies.

Even though studies say social networking may increase worker productivity, not all businesses are happy about their employees using these sites. The stigma of social networking as a time-wasting activity definitely seems to dominate most companies' perceptions. Many companies block or closely monitor social networking sites. What are the pros and cons of poking your friends on Facebook while you're on the clock? Find out on the next page. 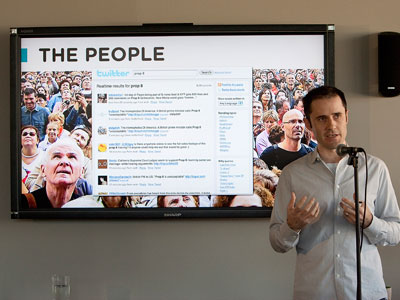 Pros of Social Networking at Work

If your boss catches you with Twitter on your screen, you just might have a good argument for your online gabbing. A number of studies have suggested that social networking is good for job productivity.

A study conducted by the University of Melbourne in Australia found that employees who surfed the Internet for personal reasons are 9 percent more productive than those who don't [source: Fahmy]. This study looked at 300 workers, 70 percent of whom used the Internet for personal browsing. Researchers found that personal Web browsing sharpened an employee's concentration. According to the study, by taking short breaks, your mind can rest a while, and when you return to the task at hand, your brain will be refreshed and renewed. However, the study only researched those who used these sites in moderation, or less than 20 percent of their total time at work. People with addictive Internet habits might be less productive.

Another study conducted by AT&T also found that the use of social networking tools increased efficiency. The company, which sells Internet connection services (a fact that reveals its stake in the matter), conducted an independent study that survey 2,500 employees in five European countries. Of the employees using social networking sites:

Employees also reported that social networking has become part of the culture of their workplace [source: AT&T].

However, the study also found a few downsides to social networking in the workplace. Forty-nine percent of workers reported distraction as a downfall, while 45 percent worried about leaks of confidential information [source: AT&T].

Taking a cue from sites like Facebook, businesses are beginning to create internal company networking sites. Hundreds of companies, such as Saturn and Smart Car, use internal social networks. These sites work especially well for companies that are dispersed around the globe. They make it easier for employees to communicate and brainstorm with colleagues on the other side of the world. LinkedIn, a social network for professionals, launched Company Groups, a site in which a company can create a forum for all of its employees. About a thousand companies have already signed on for this service [source: USA Today].

For more information on social networking sites and their effect on humanity, visit the links on the next page.

How Twitter Periscope Works
How to Deactivate or Delete Your Facebook Account
What does it mean when no one adds you back on a social network?