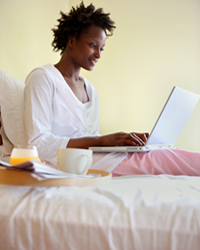 "Just sitting in my cubicle trying to get some work done."
Katrina Wittkamp/Getty Images

In the early days of the Internet, it was clear that one of the main benefits would be for humans to connect to other humans. Sure, it's a source of information and a way to shop for goods without leaving the house, but as soon as the chat room made its first appearance, it became a place to meet other people. Chat rooms soon gave way to online dating groups, and eventually the social network was born. LiveJournal and Black Planet were two of the first major social networks to be launched, both in 1999. But it wasn't until Friendster and MySpace came along in 2002 and 2003, respectively, that social networks really took off. MySpace provided just what it said in its name -- a space on the Internet that you could call your own. Users could upload pictures and music, write daily posts, host videos and interact with other MySpacers. It continues to be a popular way for people to connect.

With all this activity, it makes you wonder whether or not people are being honest when they tout accomplishments, post photos and give updates on day-to-day activity. There are no fact checkers in the world of social networks, so there's really no way to know if that high school classmate you remember is really a successful business owner now, or is holed up in a dark basement, stroking a Persian cat in his underwear. 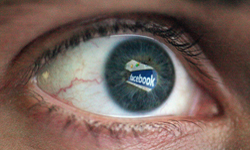 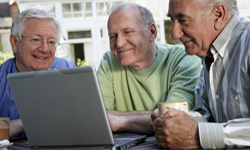 How imeem Works
How Delicious Works
How CarDomain Works