by Diana Brown May 11, 2018
Facebook users expressed outrage when learning their private data was used by Cambridge Analytica, the recently defunct British firm at the center of a major scandal involving the 2016 election, Donald Trump and private data. DANIEL LEAL-OLIVAS/AFP/Getty Images

When news broke in early March 2018 that Cambridge Analytica, a data mining firm, accessed private information of more than 87 million Facebook users without their permission, people were outraged. But as the story grew, it became apparent that the information may have been used in nefarious ways, and that's when lawmakers on two continents demanded answers.

It's become even more clear, through investigative reporting and whistle blowers like Christopher Wylie, Cambridge Analytica improperly collected private data via Facebook and used it to help influence the 2016 election in favor of its client, Donald Trump. How could this happen? That's what the Stuff They Don't Want You To Know hosts Ben Bowlin, Noel Brown and Matt Frederick detail in the podcast, Cambridge Analytica and Facebook, and what it means for all of us.

First, it's important to start here: Cambridge Analytica specialized in collecting data on internet users and then created "psychographic" profiles to help influence their purchasing and voting decisions. However, the firm itself didn't actually mine the Facebook data. The firm only analyzed it to create the consumer profiles. The Facebook data in question was accessed by an app called ThisIsYourDigitalLife. It was created by a guy named Aleksandr Kogan, who worked at the department of psychology at Cambridge University and had a relationship with Cambridge Analytica via his company, Global Science Research.

ThisIsYourDigitalLife was a personality test, and in order to take it, users had to agree to allow the app access to their data. But unbeknownst to those users, it also gave Kogan access to their friends' data, as well. So even though only about 270,000 people downloaded the app, Kogan gained access to 87 million profiles' worth of information.

In the fallout, Cambridge Analytica declared bankruptcy on May 2, 2018 and announced that it is closing its offices in both the U.S. and U.K. Some think the company may rebrand and continue similar consumer research endeavors under new names.

Facebook CEO Mark Zuckerberg has also had to deal with the aftermath. He testified before Congress in April, and Facebook took out full-page ads in prominent newspapers to apologize for the company's role in the data leak. It's not apparent, still, that anything illegal occurred, though it certainly has caused legislators in the United States and the United Kingdom to take a closer look at internet privacy and usage protections. The scandal also caused many Facebook users to examine how much they're sharing about their personal lives, who can see that information and how it can be used.

So now that Cambridge Analytica is shutting its doors, what's next? Has Facebook taken enough steps to address these problems on its platform? What does this mean for the future of our online lives? And just how much data are we unknowingly giving away every time we go online? Matt, Ben and Noel address all of these questions and more, but you have to listen to the to the entire podcast to hear their thoughts on how this could play out.

Can You Microwave a Steak to a Perfect Medium-rare?

Always the Bridesmaid ... for Hire? 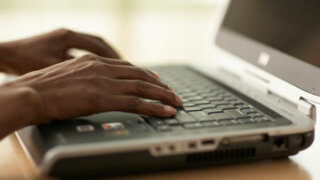 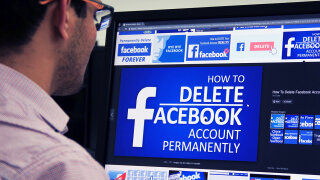 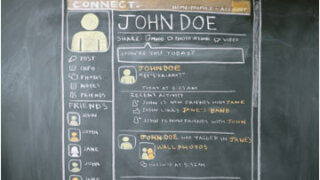