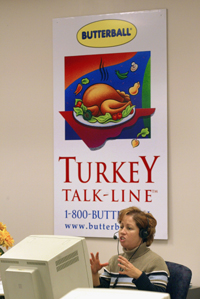 The soft switch contains a database of users and phone numbers. If it doesn't have the information it needs, it hands off the request downstream to other soft switches until it finds one that can answer the request. Once it finds the user, it locates the current IP address of the device associated with that user in a similar series of requests. It sends back all the relevant information to the softphone or IP phone, allowing the exchange of data between the two endpoints.

Soft switches work in tandem with network devices to make VoIP possible. For all these devices to work together, they must communicate in the same way. This communication is one of the most important aspects that will have to be refined for VoIP to take off.

As we've seen, on each end of a VoIP call we can have any combination of an analog, soft or IP phone as acting as a user interface, ATAs or client software working with a codec to handle the digital-to-analog conversion, and soft switches mapping the calls. How do you get all of these completely different pieces of hardware and software to communicate efficiently to pull all of this off? The answer is protocols.

There are several protocols currently used for VoIP. These protocols define ways in which devices like codecs connect to each other and to the network using VoIP. They also include specifications for audio codecs. The most widely used protocol is H.323, a standard created by the International Telecommunication Union (ITU). H.323 is a comprehensive and very complex protocol that was originally designed for video conferencing. It provides specifications for real-time, interactive videoconferencing, data sharing and audio applications such as VoIP. Actually a suite of protocols, H.323 incorporates many individual protocols that have been developed for specific applications.

As you can see, H.323 is a large collection of protocols and specifications. That's what allows it to be used for so many applications. The problem with H.323 is that it's not specifically tailored to VoIP.

An alternative to H.323 emerged with the development of Session Initiation Protocol (SIP). SIP is a more streamlined protocol, developed specifically for VoIP applications. Smaller and more efficient than H.323, SIP takes advantage of existing protocols to handle certain parts of the process. Media Gateway Control Protocol (MGCP) is a third commonly used VoIP protocol that focuses on endpoint control. MGCP is geared toward features like call waiting. You can learn more about the architecture of these protocols at Protocols.com: Voice Over IP.

One of the challenges facing the worldwide use of VoIP is that these three protocols are not always compatible. VoIP calls going between several networks may run into a snag if they hit conflicting protocols. Since VoIP is a relatively new technology, this compatibility issue will continue to be a problem until a governing body creates a standard universal protocol for VoIP.

On the next page, we'll talk about VoIP call monitoring.

The central call processor is a piece of hardware that runs the soft switch.