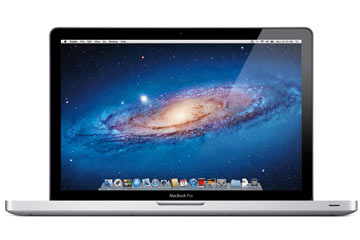 You can walk into a computer store and walk out with a brand new PC for around $300, but If you're shopping for a Mac, it's nearly impossible to spend less than $1,000.
Image courtesy of Apple

If you're in the market for a new computer, the choices might seem overwhelming. You're faced with so many options, including what kind of processor you need, how big of a hard drive to get, the amount of RAM required, which screen resolution is best and so much more. There's a lot to consider when buying something you'll probably use most often to send e-mail, look at photos of your friends and check Facebook.

The first major decision most people make when purchasing a new computer is whether to buy a Mac or a PC. The two computers can seem a world apart, and both have diehard fans willing to defend their favorite's qualities. But have you ever noticed that Macs seem much more expensive than PCs? After all, you can walk into a computer store right now and walk out with a brand new PC for around $300. If you were shopping for a Mac, on the other hand, it would be impossible to spend less than $1,000.

So what's the deal with Mac pricing? Are they really more expensive than PCs?

As it turns out, there isn't much of a price difference between comparable Macs and PCs. If you built a PC to match what a baseline Mac offers -- with similar hardware, equivalent software, and all of the bells and whistles that come standard on a Mac -- you'd actually be looking at two similarly priced computers [source: McCracken]. One company -- Tom's Hardware -- wanted to see if there was really a price difference. It built a PC to match the specs of a base model Mac Pro and found the price difference to be less than $6 [source: Nguyen].

So if Macs aren't more expensive than their PC counterparts, why can't you go out today and buy a Mac for a few hundred dollars? A lot of the price difference comes down to options and perceptions. 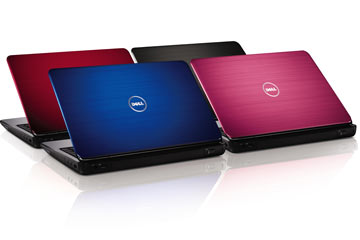 Today, most software you can buy for a computer is available in Mac-compatible and PC-compatible versions. So if you're planning to buy a computer, software availability isn't really a factor. What is a factor, however, is the software that comes standard on most Macs. Even base model Macs come loaded with great, high-quality programs -- iTunes, iMovie, iLife, Safari, iCalendar, Garage Band -- whereas a base model PC can either be pretty bare or overloaded with a bunch of programs you don't need or want [source: Finnie].

But you can't buy a Mac that's bare minimum like you can for a PC, because what comes standard on a Mac is essentially non-negotiable. In other words, you can't pick and choose the software your Mac comes with. There's no lowering the price by saying, for instance, "I don't want Garage Band." And with premium software by default, it's easy to see why the base model Mac sports a higher price tag than a basic PC.

PC software, however, is totally customizable and you can pick and choose what you want in order to get to a price you're happy with. But adding and expanding software can be expensive, too. If you add the same high-quality software and multimedia tools to a base-model PC that comes standard on a Mac, the cost of that PC would jump [source: Hesseldahl]. Plus, you'll need to invest in good antivirus software if you purchase a PC, which is another factor that can ratchet up the price [source: Hesseldahl].

A final software advantage Macs have is that everything they run is automatically compatible with other Apple products -- so you can sync your iPod or iPhone with your computer hassle-free thanks to the standard software on the Mac computer and your other Apple devices. For some, this cross-device compatibility is an incentive to pay a little more for a Mac.

Is it true Macs get fewer viruses?

You've probably heard Apple fans tout that Macs never have problems with viruses like PCs do. And for the most part, that's true: There are about 100 malware programs for Macs, and about 20 million for PCs. But why? The fact is, virus developers want to infect as many computers as possible, and there are simply fewer Macs in the world. So for now it makes more sense for developers to create PC viruses. In addition, Macs have a strong security design that makes them more virus resistant [source: Stein].

Part of the appeal of, and the reason people will pay more for a Mac is the reputation. The design is sleek, the product is trendy and Macs have a reputation for being the go-to computers of artists, musicians and designers. Apple has managed to develop a product that people see as stylish, and as a result its market share has grown steadily year after year.

But it's not just about the look and the trends, though both have helped Apple carve out its niche in the computer market. Apple is also known for excellent customer service, with retail stores staffed by knowledgeable employees and tech support that's efficient and effective [source: Apple]. Year after year Apple beats PC makers in consumer satisfaction ratings -- and a lot of factors go into that rating beyond just quality of product, including its excellent customer service and a great buying experience [source: Ogg]. And for some, having the assurance of good support makes it worth shelling out the extra cash to own a Mac.

And let's not forget the role that advertising plays in our perceptions of Macs and PCs. Apple has focused much of its advertising dollars on portraying Mac users as young, creative trend-setters. PC makers, on the other hand, have tended to focus on competitive pricing and flexibility of options [source: Hesseldahl]. Apple hasn't made pricing its focus, so it's not surprising many people have the impression that, when matched head-to-head, a Mac costs more than a PC.

There's certainly a lot that goes into deciding what computer to buy, and a lot of information available to help you make your decision. To learn more about PCs, Macs and computers in general, take a look at the links on the next page.

A lot more plays into the Mac vs. PC debate than just the specs and the customer service. For some, owning a Mac or a PC is also about a persona. According to one survey, Mac users are part of a younger demographic, are more likely to consider themselves liberal, more often live in urban environments and are 80 percent more likely to be vegetarians than PC users [source: Suarez]. Bet you never thought your choice in computer was indicative of your culinary interests!