How hard is it to set up a network between two computers in my home? 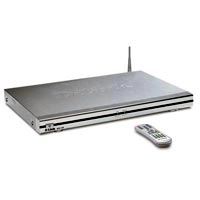 Buying home network hardware, like this hub, is one option for setting up a home network.
HowStuffWorks

One way to do it is to buy and install network cards in both machines if you computers don't already have built-in cards. You can go to an electronics store and get an inexpensive network card for $20 to $30 these days. You have to open the computer to plug the card in, and then install the driver software. You also have to purchase two network cables ($10 to $20 each) and a small hub ($30 to $40) to physically connect the two machines together. Once you get it all together, the two machines should be able to talk to each other.

This approach has two advantages:

It has two disadvantages:

­ You can solve that second disadvantage by purchasing radio modems instead. They cost more but are very easy to connect to one another.

Another path you can follow is something like the Intel AnyPoint Network. Instead of using special network cables, you use your home's telephone wiring to connect computers together (this causes no interference when using the phone for normal calls -- your phone and the network share the same wire). In addition, you can buy a version of the Intel system that uses a USB port, so installation is extremely easy. You can also purchase cards, which are faster.

The big advantage of the Intel system is the use of phone wiring. Simply plug all the computers in your house into phone jacks and they can talk to each other. You also don't need to buy a hub. The disadvantages include:

Once you install the physical network, the Windows operating system makes connecting your computers simple. You can use the Network Neighborhood feature to share files and printers. The Intel system comes with software to share an Internet connection, or you can use the version built into Windows 98 and later.

Check out the links below for more home networking information.