In a shared computing system, a user can access the processing power of an entire network of computers.
HowStuffWorks

Imagine that you've been assigned the task of pushing a very heavy car up a hill. You're allowed to recruit people who aren't doing anything else to help you move the car. You've got two choices: You can look around for one person big and strong enough to do it all by him or herself, or you could grab several average people to push together. While you might eventually find someone large enough to push the car alone, most of the time it will be easier to just gather a group of average-sized people. It might sound strange, but shared computer systems use the same principle.

When a computational problem is really complex, it can take a single computer a long time to process it -- millions of days, in some cases. Even supercomputers have processing limitations. They're also rare and expensive. Many research facilities require a lot of computational power, but don't have access to a supercomputer. For these organizations, shared computing is often an attractive alternative to supercomputers.

Most of the time, your computer isn't using all of its computational resources. There are other times when you might have your computer on, but aren't actually using it. A shared computing system takes advantage of these resources that otherwise would remain unused.

What pieces make up a typical shared computing system? Keep reading to find out.

In a traditional high-performance computing system, all the computers are the same model and run on the same operating system. Much of the time, every application run on the system has its own dedicated server. Sometimes the entire network relies on hardwired connections, meaning all the elements in the system connect to each other through various hubs. The entire system is efficient and elegant.

The system's software is what gives it access to each computer's unused processing power. Every computer connected to the system must have this software installed in order to participate. There's no definitive shared computing software kit, but in general the software must do the following:

Shared computing systems have a relatively narrow use. They're great for solving big computational problems that scientists can break down into smaller sections. If breaking the problem into smaller chunks is particularly simple, it's called an embarrassingly parallel problem.

For small computational problems or problems that aren't easy to break up, shared computing systems are less useful. The whole point of the system is to decrease the amount of time it takes to finish complex calculations. It won't necessarily increase the speed of simple calculations across the network.

What are the different parts of a shared computing system? Keep reading to find out.

A System By Any Other Name

In general, the job of dividing up the computational problem into smaller chunks falls to a program on a back end computer, usually a server. This computer uses specific software to divide up the task into smaller pieces that are easier for an average computer system to manage. When contacted by the companion software installed on a front end computer, the server will send data over the network for analysis. Upon receiving a completed analysis job, the server will direct the data to an appropriate database.

If this architecture description seems a little vague, it's because there's no single way to create and administer a shared computing system. Each system has its own unique software and architecture. In most cases, a programmer customizes the software for the specific system's goals. While two different shared computer systems might work the same way in general, once you dig down into details, they can look very different.

What are some shared computing applications, and why do they need specialized software? Find out in the next section.

Some shared computing systems use virtual servers. To create virtual servers, an engineer installs special software on a single, physical server. The software divides the server into multiple exclusive platforms, each of which can run an operating system independently of the others. Why do this? Just as the average computer owner rarely uses all of his or her computer's processing power, it's rare for the average server to work at full capacity. Using virtual servers means that a single physical server runs closer to its full potential and reduces the need for additional hardware. 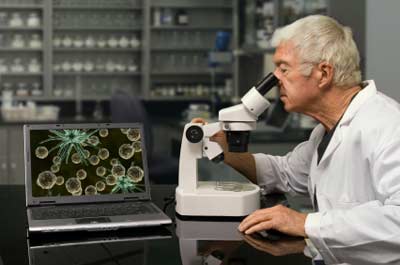 There are dozens of active shared computing system projects, each with its own networks and computational tasks. Some of these networks overlap -- it's possible for a user to participate in more than one network, though it does mean that different projects have to divvy up the idle resources. As a result, each individual task takes a little longer.

One example of a shared computer system is the Grid Laboratory of Wisconsin (GLOW). The University of Wisconsin-Madison uses GLOW for multiple projects, which in some ways sets it apart from most shared computing systems. One project uses the GLOW network to study the human genome. Another takes advantage of GLOW's resources to research potential treatments for cancer. Unlike the shared computing systems that are dedicated to a single task, GLOW can accommodate multiple projects.

The software that makes GLOW possible is called Condor. It's Condor's job to seek out idle processors within the GLOW network and use them to work on individual projects. When one project is inactive, Condor borrows its resources for the other projects. However, if any previously inactive project comes back online, Condor releases the respective computers' processors.

Some other shared computing systems include:

Other projects study everything from the physics of fluid dynamics to simulated nanotechnology environments.

So shared computing systems can be really useful, but are there any dangers? Read on, if you aren't scared.

IBM, a company that invests millions of dollars into computer science research, published a report in January 2008 about a project called "Kittyhawk." The goal of the project is to build a global shared computing system that's so large and powerful it will be able to host the Internet as an application. In other words, the system would be like an enormous computer and the Internet would just be a program on it.

Any time a system allows one computer access to another computer's resources, questions come up about safety and privacy. What stops the program's administrators from snooping around a particular user's computer? If the administrators can tap into CPU power, can they also access files and sensitive data?

The simple answer to this question is that it depends on the software the participating computer has to install to be part of the system. Everything a shared computing system can do with an individual computer depends upon that software application. Most of the time, the software doesn't allow anyone direct access to the contents on the host computer. Everything is automated, and only the CPU's processing power is accessible.

There are exceptions, though. A zombie computer system or botnet is an example of a malicious shared computing system. Headed by a hacker, a zombie computer system turns innocent computer owners into victims. First, the victim must install specific software on his or her computer before a hacker can access it. Usually, such a software application is disguised as a harmless program. Once installed, the hacker can access the victim's computer to perform malicious tasks like a direct denial of service (DDoS) attack or send out massive amounts of spam. A botnet can span hundreds or thousands of computers, all without the victims being aware of what's going on.

Shared computing systems also need a plan in place for the times when a particular computer goes offline or otherwise becomes unavailable for an extended time. Most systems have a procedure in place that puts a time limit on each task. If the participant's computer doesn't complete the task in a certain amount of time, the control server will cancel that computer's task and assign the task to a new computer.